Jealousy is a complicated reaction. Jealousy is something that we have all faced and experienced at one time. People who suffer from insecurity cause jealousy. Persons who have high desires but they do not ready to put much effort, create jealousy in the mind. If someone is jealous of you, it means they couldn’t achieve anything better than you. Jealous people do not have confidence in themselves. Jealousy breaks the relationship between close friends and relatives. If we control our minds, we can handle them easily. There are many more ways to answer the question of How to deal with jealous people. Let us find out.

Why are People Jealous 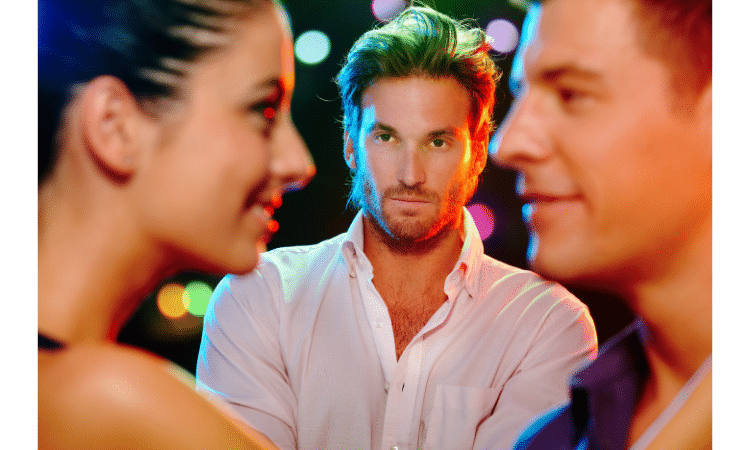 Jealousy is a feeling of insecurity and fear that you may lose something that you have. Jealousy is a normal human emotion, but it can be destructive if it’s not managed properly.

If someone feels jealous, they might lash out at the person they’re jealous of or try to tear them down in other ways. It’s important to understand what jealousy means and how to deal with it before doing something rash or making an enemy out of someone who doesn’t deserve your anger. 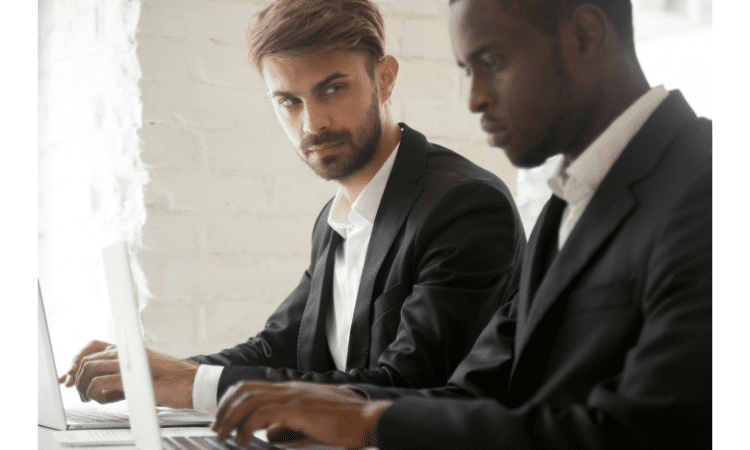 Jealousy and envy are definitely related, but they’re not exactly the same thing. It’s important to remember that although you might be jealous of someone who’s successful or attractive or whatever else, that doesn’t mean you’re envious of them.

Why do jealous people act that way? 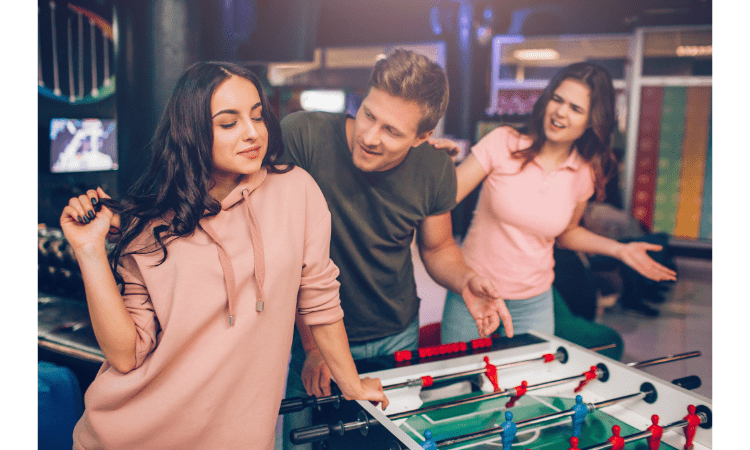 The behavior of a Jealous person is a natural emotion that can come from a number of sources. It might be due to insecurity, or it may simply be a way for you to feel better about yourself. Either way, it’s important to remember that jealous people are acting out of fear—and as someone who has never been in their shoes, it’s not your job to fix them.

But there are some things you can do to make sure that your own self-esteem isn’t affected by someone else’s jealousy issues:

Jealousy can be a powerful emotion. It doesn’t discriminate between the rich, poor and famous – it can affect anyone, at any time or place in their lives. But no matter how jealous someone is, you shouldn’t lose your cool. Let’s find out how to deal with the jealous person in the 10 best ways : 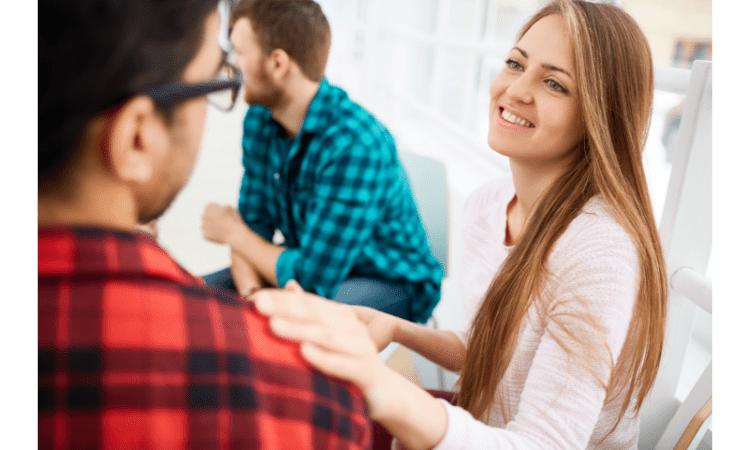 Jealousy is often the result of a person feeling unappreciated, and it can be tempting to respond by trying to prove that you don’t need validation from anyone. But this approach backfires as it will only make your feelings more obvious and lead the jealous person to believe that there is something worth worrying about.

Instead of taking things personally, keep a cool head and focus on being friendly toward them. Don’t get defensive if they bring up some issues; instead, show empathy in your responses by acknowledging their feelings and giving them space. 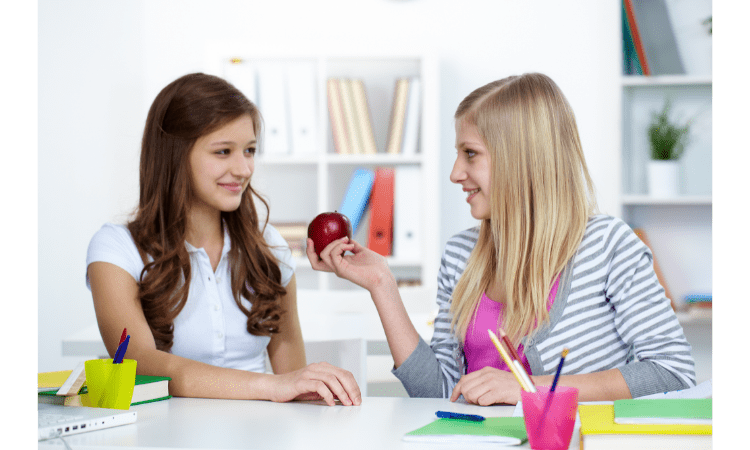 If you find that some family members and some friends are jealous of you. You interact with them regularly. You show kindness towards them. Kindness has the power to reduce the emotion of jealousy. When you behave well for them and respect them from the core of your heart, they change their mind gradually.

Talk the problem through instead of bottling it up. 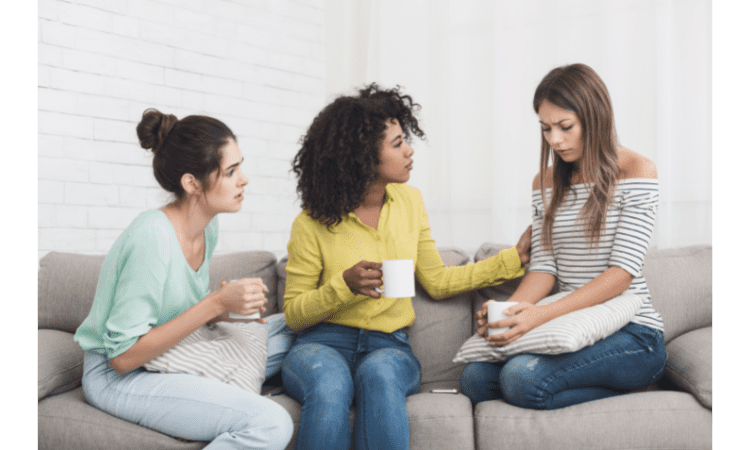 Talking about the problem is always the best way to deal with jealousy. You can talk about it with your partner, a friend or family member you trust, or a professional counselor. Talking will help you understand their perspective better and may also help them understand yours. It can also help you uncover any underlying issues that might be contributing to jealousy in the relationship—for example, if one of you has trust issues or low self-esteem.

When it comes down to dealing with jealous people, sometimes all they need is attention—so give them some! 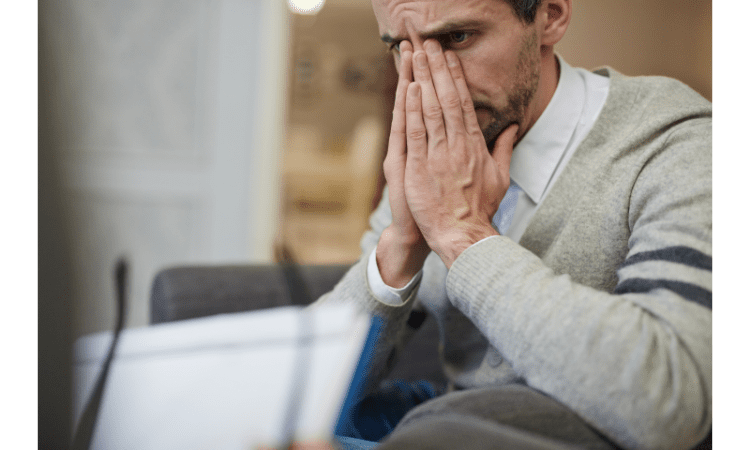 The first step to handling jealous people is not taking them personally. Whether they’re just having a bad day, or they’re trying to hurt you, the person’s behavior may be nothing more than an attempt to make sure that their own life is more important than yours.

Take this example: You got promoted at work and are now making more money than your friend—who happens to be in charge of who gets what office space in your building. Instead of congratulating you on all your hard work, she begins complaining about how much she hates her cubicle and needs a desk to upgrade! This can be frustrating and hurtful because it makes you feel guilty for being happy with yourself when others around you are miserable with their lives.

You might think that if only this person could get their act together then everything would go back to normal again between the two of you, but sometimes life doesn’t always turn out as we plan it—and sometimes other people’s jealousy has nothing at all do with us personally (though we often assume otherwise). The key thing here is not taking any kind words or compliments about yourself as anything other than positive affirmations coming from others; instead giving them credit where credit’s due without feeling guilty about doing so!

Accept that not everyone is like you and that’s okay. 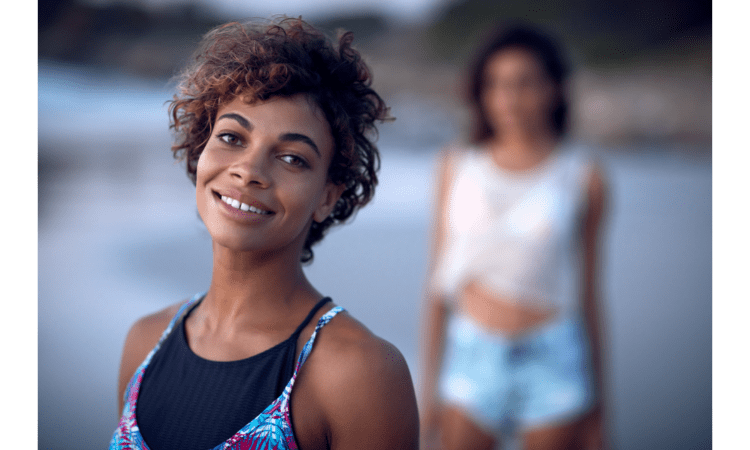 One of the most effective ways to handle a jealous person is to realize that they are not like you. In fact, they may have a very different perspective on life and themselves than you do. If someone is jealous of you, it’s because they don’t see themselves in the same light as you see yourself. They think that your successes and talents are things that should be limited to just them or belong only to them alone. You simply aren’t going to change this belief overnight—or maybe ever—so it’s really important not only for yourself but also for your own mental health that you spend time with other friends who appreciate what makes each person unique and special.

Use Empathy – to deal with jealous people 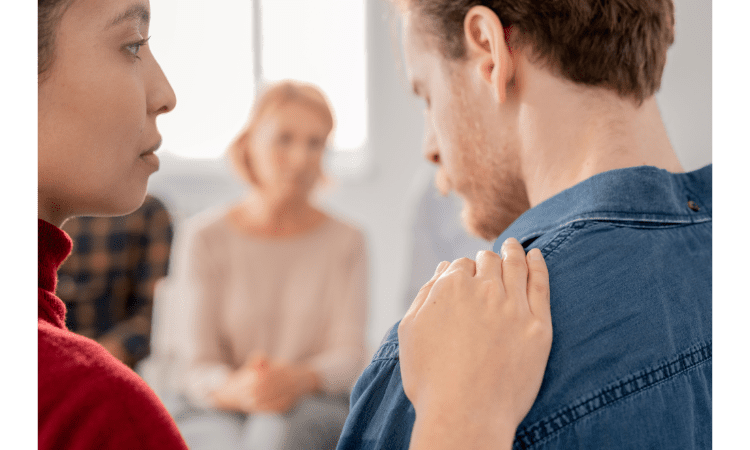 There are different causes to increase jealousy. The distressing situation in family life results in jealousy. Sometimes financial problems and other hard situations grow jealous in my mind. Jealousy is a negative reaction. They express their dislike or rage at others. They think that you will be angry to deal with this situation. We use smiles. We ignore all kinds of hatred.

No matter how jealous people act, you shouldn’t lose your cool. 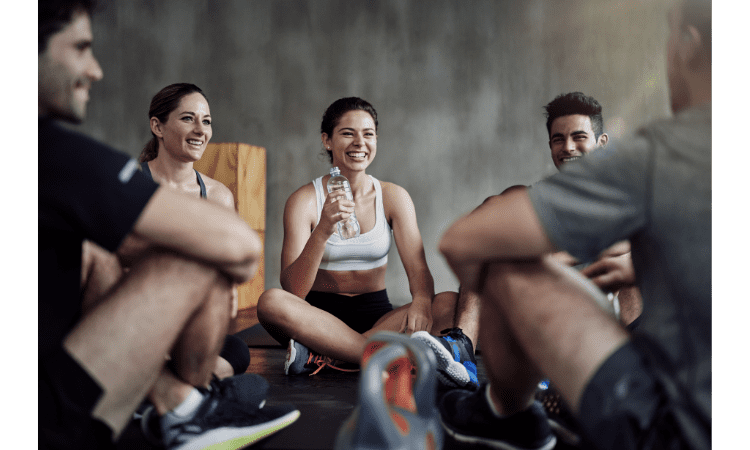 If you’re in a relationship with a jealous person, it’s easy to get upset and lash out at them. But no matter how bad their behavior gets, you shouldn’t lose control even when people are jealous of you. This is one of the best ways to deal with jealous people.

For example, if he or she calls you every hour on the hour when you’re spending time with another person—even if that other person is your coworker who happens to be male and who has asked if they can go grab coffee sometime—don’t let this affect your relationships with other people. You don’t have to sit there and take any kind of abuse; just say “I’m going out now” or “I’ll see you later.” If they start getting angry or threatening violence over something like that, it’s time for a serious talk about their mental health.

Your reaction to jealousy tells you a lot about yourself. 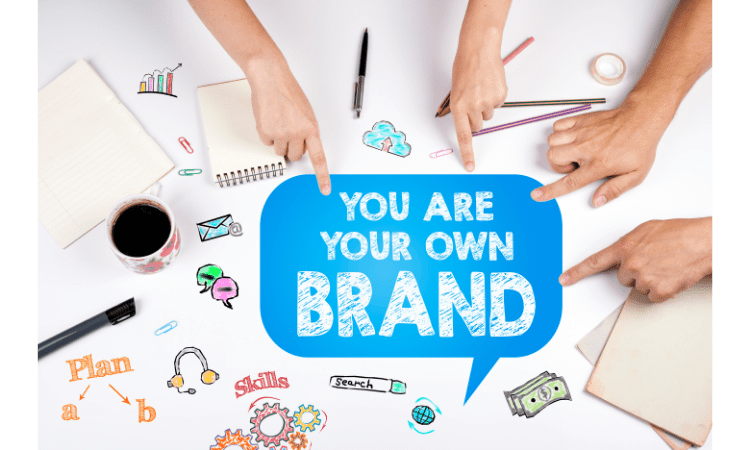 The most important thing is to know that the person who’s jealous of you is not only wrong but also very much in the dark about what jealousy actually means. They may have a rough idea of it, but they don’t really know what it means or why they feel it.

Maybe you’ve seen this in your own life: If someone is jealous of you because of your success, then maybe their success would be more attainable if they worked harder on themselves rather than being envious of other people. Or if someone’s jealous because they think that beauty is an important factor in life (and therefore want to be beautiful), then maybe they should take care of themselves instead. Or maybe some people feel jealous because they think material things are more important than inner beauty or healthiness—but these things don’t make us happy anyway; only love can do that!

Confront them if needed but only after careful consideration. 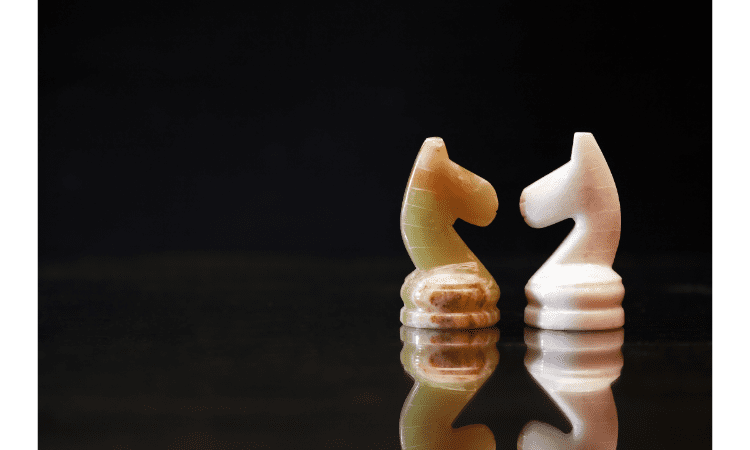 If the person is a close friend or family member, you might want to try talking to them about their jealousy first. If you feel comfortable doing so, try asking if they’re jealous and where the jealousy comes from. If possible, ask if there are ways you can help alleviate the problem or make it easier for them.

Try to approach this conversation in a calm and non-judgmental way so that your friend does not feel attacked by your concern. It’s important that you’re able to explain what caused your concern without making accusations or making it seem like it is their fault—this will just make them defensive and less willing to listen to what you have to say.

Remove them from your life 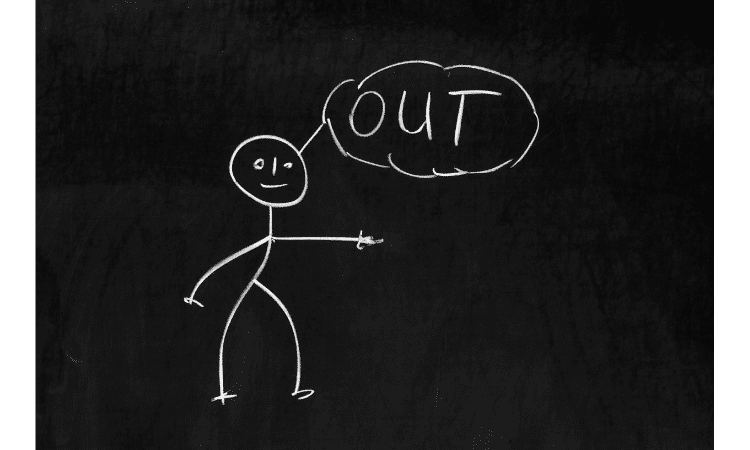 How to deal with jealous people? Remember that it’s not your problem. You can’t change them, but with some patience and understanding, they might be able to learn how to handle their jealousy in a healthier way.

Jealousy is a complex emotion. Men run behind the material possession. It grows desire and greed rapidly. Nowadays we all are involved in the competition. Jealousy is spread through all people in different situations. It plays a vital role in social and cultural norms. You can win it through sympathy. it is important to know how to handle jealous people in order to keep your life balanced. If you can’t work out the issue on your own, then seek professional help as soon as possible so that they can guide you through this difficult time in an effective manner that will benefit both parties involved (you and them).