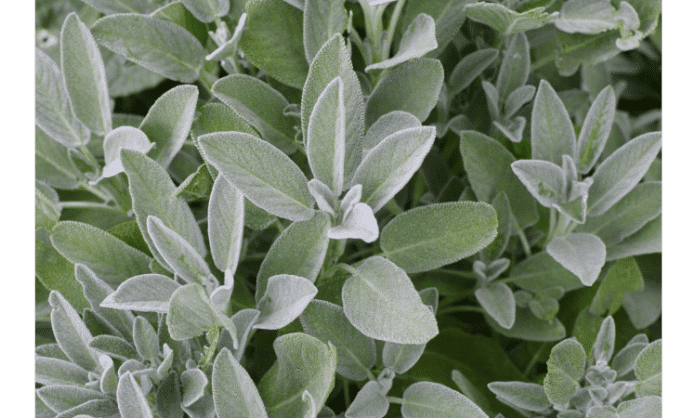 Sage, also known as Salvia officinalis, is a plant that has been used for thousands of years. This herb has been used for spiritual and medicinal purposes in many cultures across the globe. The plant grows well in hot climates, such as those found on the Mediterranean and other parts of Europe. In fact, legend states that the ancient Greeks used sage to treat animals with toothaches. Today, we know this herb is great for healing and protecting our bodies from disease. It also has calming properties that can help us achieve peace of mind when we’re stressed out or angry. 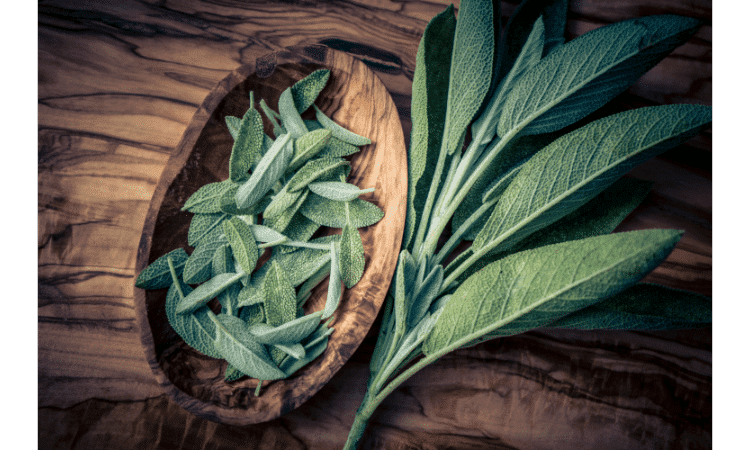 Sage is a plant, a shrub, and an evergreen perennial that grows in climates across the globe. It’s also classified as an herb and is a member of the mint family. It is a herb that has been used for centuries to support mental and physical health. It has been used in religious ceremonies, as a spice in cooking, and as a medicinal plant. It has been used for thousands of years to treat a variety of ailments.

What is the history of Sage?

Sage is a perennial herb that has been used for centuries in traditional medicine. Its medicinal properties can be traced to the Middle East and the Mediterranean region, where it was used to heal wounds and skin infections, as well as for its anti-inflammatory properties. Ancient Greeks used this to treat colds and flu, while Romans found its use as an antiseptic helpful for treating dental problems.

What is the belief of Sage? 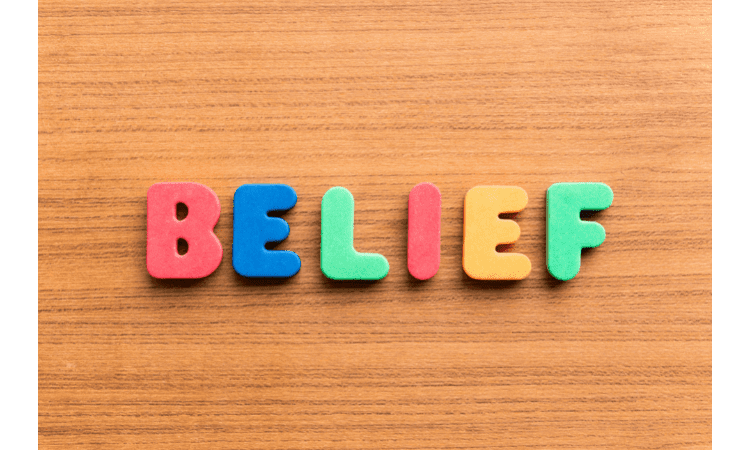 Sage is a sacred plant that has been used in religious practices for thousands of years. The plant is considered to be a gift from the Gods and is often associated with wisdom and knowledge.

In the Native American culture, it is traditionally burned as incense during purification ceremonies and rituals. It’s also considered to have cleansing properties, which explains why you’ll often see it offered at restaurants alongside your main course—it’s meant to rid you of negative energy before eating food that may make you sick.

Indeed, there are many beliefs surrounding sage: some say that burning it helps clear out any unwanted spirits or energies in your home; others believe it will help heal your ailments by allowing you to tap into its medicinal properties through inhalation or topical application (if smoked).

Where is the practice originate?

Sage is indigenous to the Mediterranean and the Middle East and has been used as a medicinal herb for thousands of years. Sage’s Latin name salvia comes from the word “to heal”. The ancient Greeks used it as an antiseptic agent to treat wounds, while the Romans believed that it could cure scorpion stings. 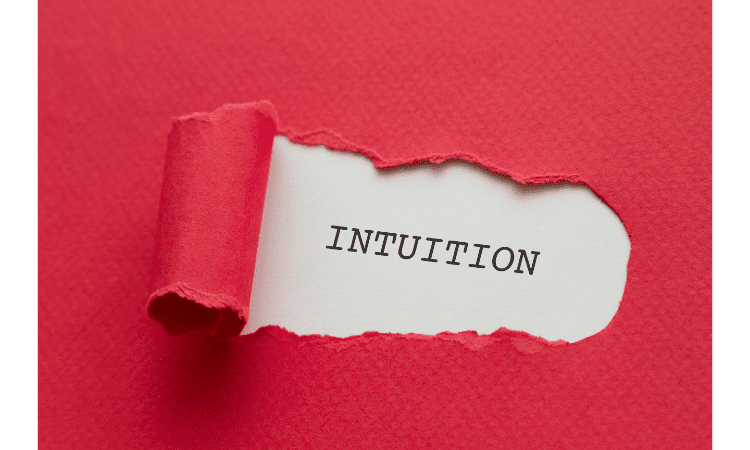 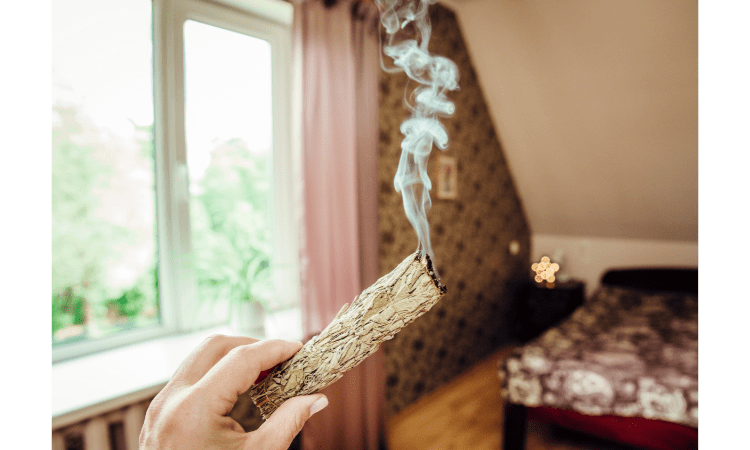 Sage is a natural air purifier. The plant, which grows in arid climates, absorbs pollutants from the air and destroys harmful bacteria, viruses, mold and mildew.

In addition to its purifying properties, sage also has a pleasant aroma that can enhance your home or office space. it is known as “the herb of tranquility” because it helps you feel calm while eliminating odors at the same time. 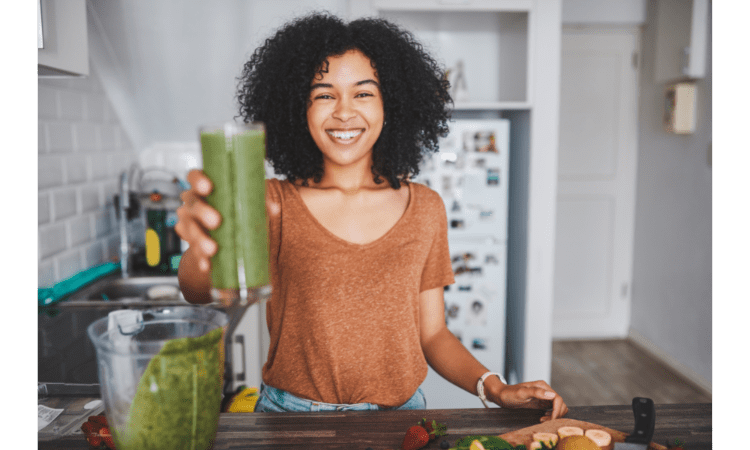 Sage is rich in antioxidants, which help boost energy levels. Antioxidants are molecules produced by the body or consumed through food that help prevent damage to cells and tissues.

Sage is also rich in minerals, vitamins, and amino acids—all of which contribute to the body’s ability to produce energy. It also contains fiber that helps keep you feeling full longer so you don’t get hunger pangs between meals (which can affect your energy levels). 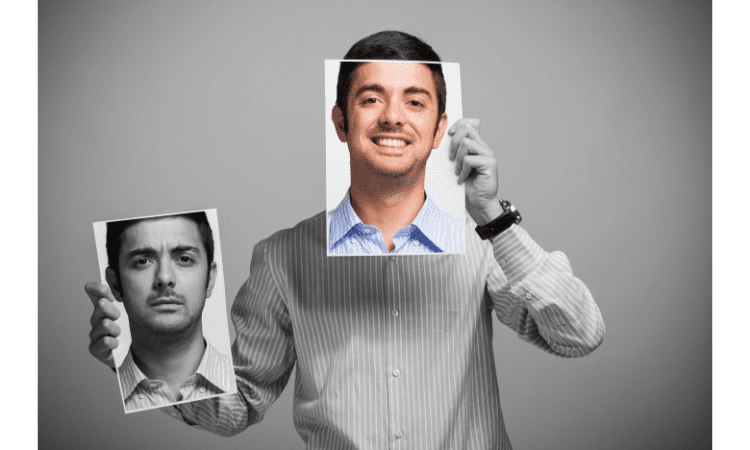 It is an herb that has been used in traditional medicine for centuries. It’s a common ingredient in many anti-anxiety and stress relief supplements, as well as sleep aids. Sage herb can help promote relaxation, relieve stress, boost mood and reduce anxiety. Some evidence suggests that it may also improve sleep quality and memory.

Relieve symptoms of some diseases

Sage is also known to help relieve symptoms of the following diseases: asthma, colds, flu, allergies, and hay fever. It has been used to reduce inflammation in the body and ease breathing problems. It’s also been shown to reduce congestion in the nose and throat by opening up airways.

In addition to its respiratory benefits, it can also be used as an expectorant for coughs as it loosens phlegm from your chest. Lastly, if you have a sore throat or inflamed tonsils sage may be able to provide some relief for this condition as well.

One way sage can help is through its antioxidant properties. It contains phenolic compounds such as rosmarinic acid, which has been shown to protect against oxidative stress by reducing inflammation and improving blood flow to the brain. 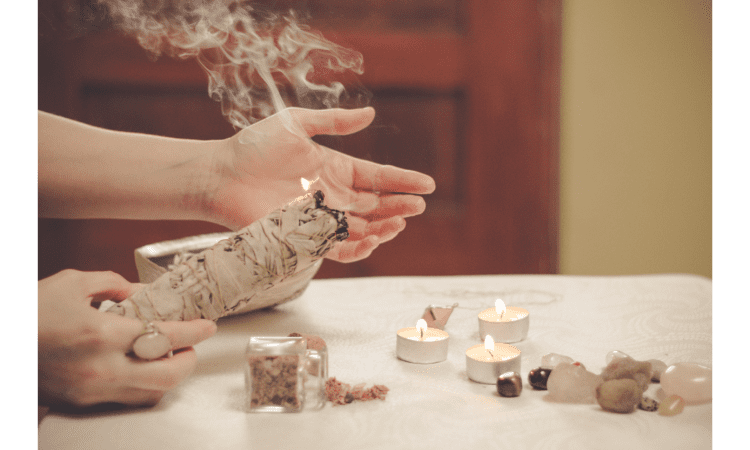 Sage is a natural insect repellent that can be used in the garden and in your home. It’s also effective against mosquitoes, flies, and other insects. It contains thujone, which keeps insects away from plants as well as humans.

To use sage as an insect repellent: 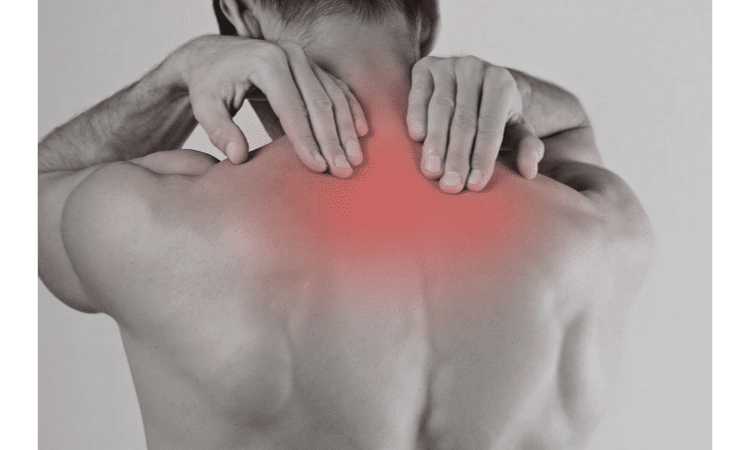 Sage is a useful herb for pain relief. It can be used to treat rheumatism and arthritis, headaches, toothaches, sore throats, colds, and coughs. The leaves of the sage plant are often steeped in hot water to make a tea that soothes sore throat and relieves coughs. It is also used as an analgesic (a painkiller) when applied externally to wounds or scars. 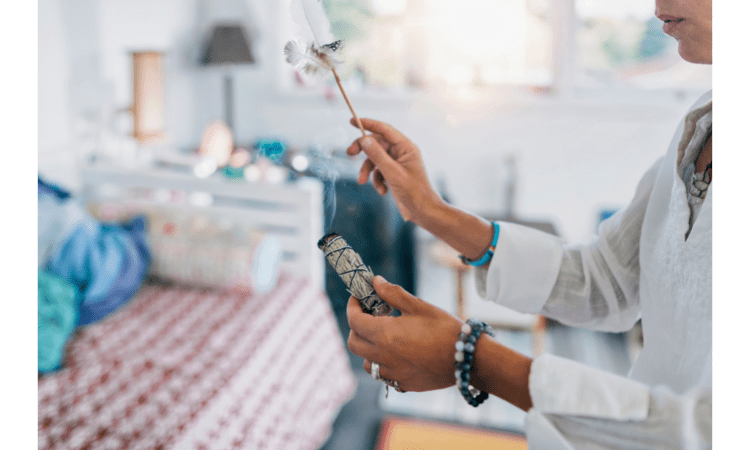 Sage is renowned for its ability to remove negative energy from the body, environment, and space. As such, it can be used in a variety of ways by those seeking to improve their lives or protect themselves from harm. 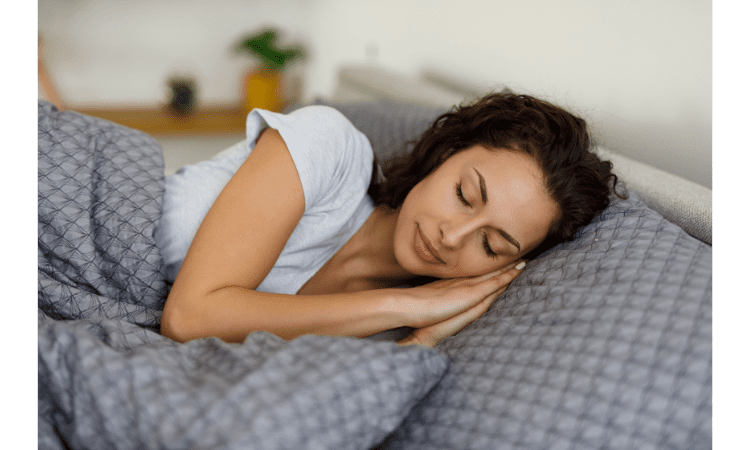 Sage has been used for centuries to help people sleep better. It has a calming effect on the body and mind, which can help relieve stress. If you’re stressed out by worrying about something that happened during the day or by thinking about things you need to do tomorrow, it can be hard to sleep.

It is also considered a natural sedative and helps reduce nervousness, which can cause insomnia.

How to use Sage? 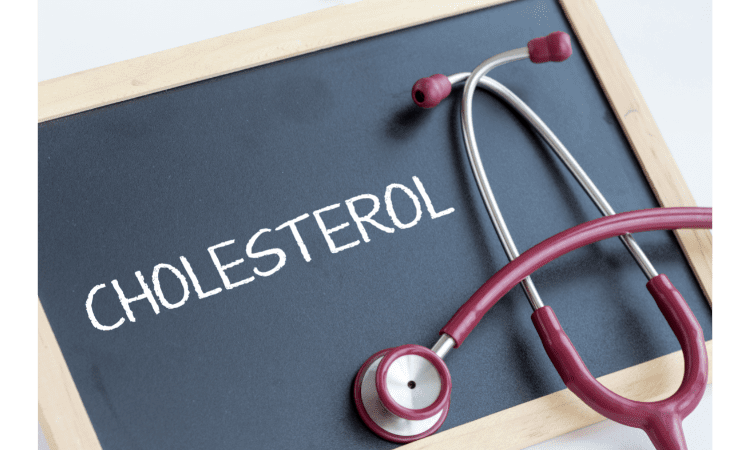 Sage has been shown to lower cholesterol. It can be used in combination with other herbs and supplements to help lower LDL cholesterol and raise HDL cholesterol. If you are taking a statin drug, it may help your body absorb it more effectively. 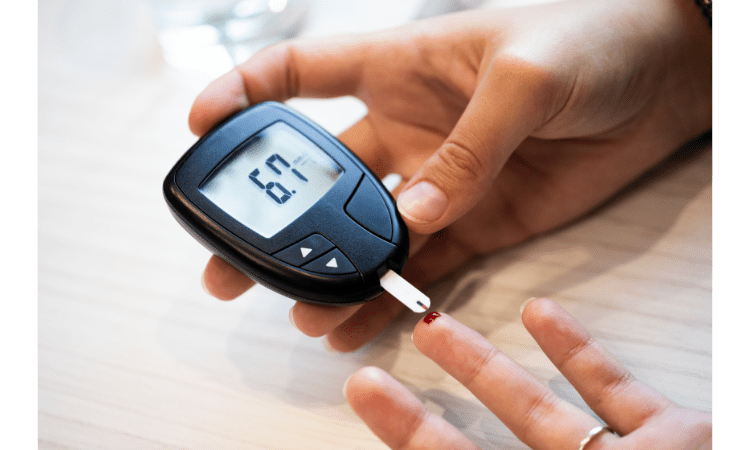 Sage is a natural blood sugar lowering agent. This means that it helps to maintain healthy blood sugar levels and reduce the risk of cardiovascular disease. Sage has also been used in the treatment of diabetes for centuries. In fact, research suggests that it may be helpful in controlling blood sugar levels in people with type 2 diabetes who are not taking certain medications. The study found that daily doses of the sage extract can lower fasting plasma glucose and hemoglobin A1c (HbA1c) scores by 8-9%. 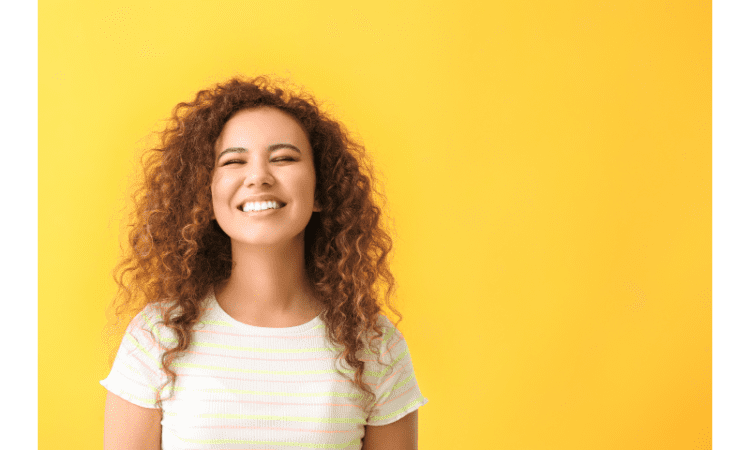 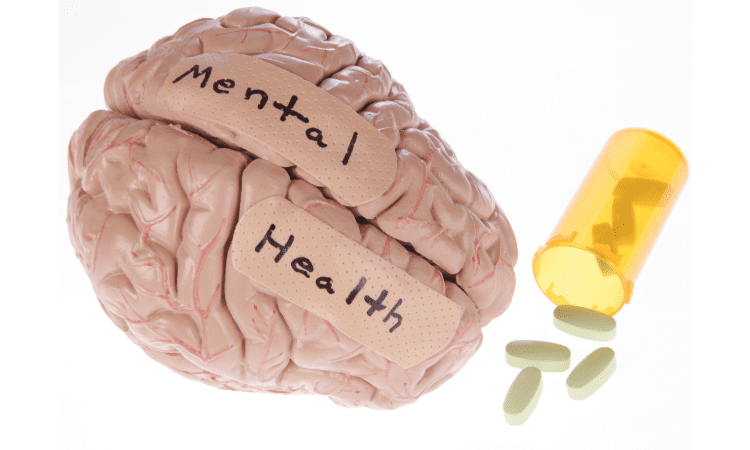 Sage has been used for centuries to improve memory and focus. Sage tea is a gentle, effective way to improve your brain health. It can help you: 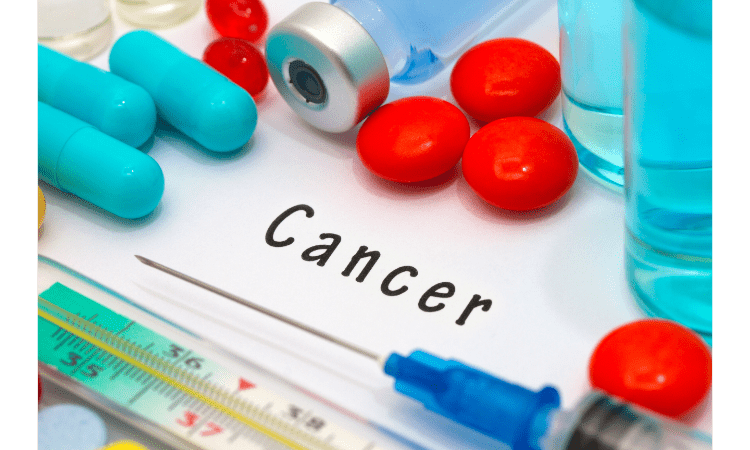 Sage is a powerful antioxidant and anti-inflammatory which means it can protect against lung, pancreatic, prostate, breast, and colon cancer. Sage contains phytochemicals called flavonoids that have been shown to slow the growth of tumors in animal studies. These compounds also help reduce inflammation by blocking enzymes produced by white blood cells called neutrophils. They do this by preventing neutrophils from releasing hydrogen peroxide that many cancers need for their survival. 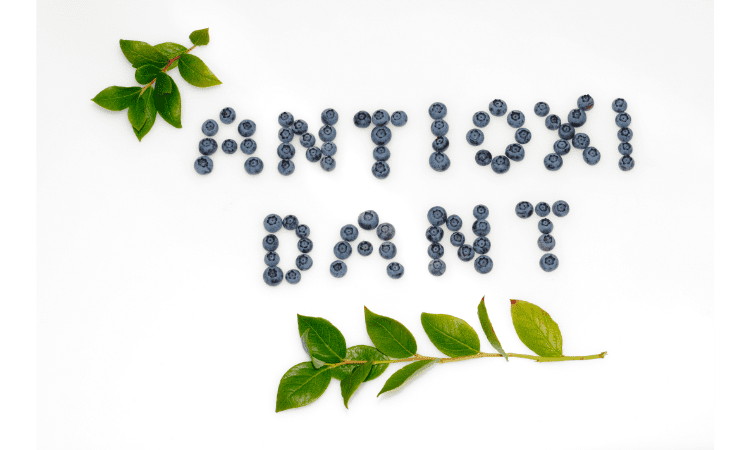 Sage is rich in antioxidants and has been proven to help neutralize free radicals. Free radicals are molecules that can cause cell damage and contribute to the development of cancer, as well as other health problems. Antioxidants neutralize these damaging molecules by donating an electron to them, transforming a free radical into a less harmful chemical that can then be excreted from the body naturally.

Antioxidants are found in many foods, including fruits and vegetables like blueberries and spinach. They’re also found in green tea (which contains another potent antioxidant: catechins), red wine (resveratrol), or dark chocolate (flavonoids). 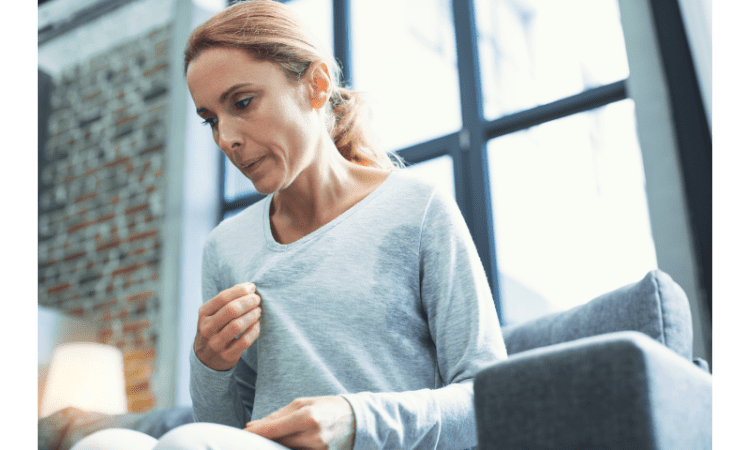 Sage is an excellent herb to use during menopause. Sage is rich in phytoestrogens which are effective in reducing menopause symptoms, including hot flashes and night sweats. It also helps improve vaginal dryness, as well as reduce bloating and water retention. As a natural alternative to HRT, sage can provide relief from the uncomfortable side effects of low estrogen levels while boosting your immune system at the same time. Sage’s minerals and vitamins also support hormone production, so it’s a great way to keep your libido high and avoid getting sick. 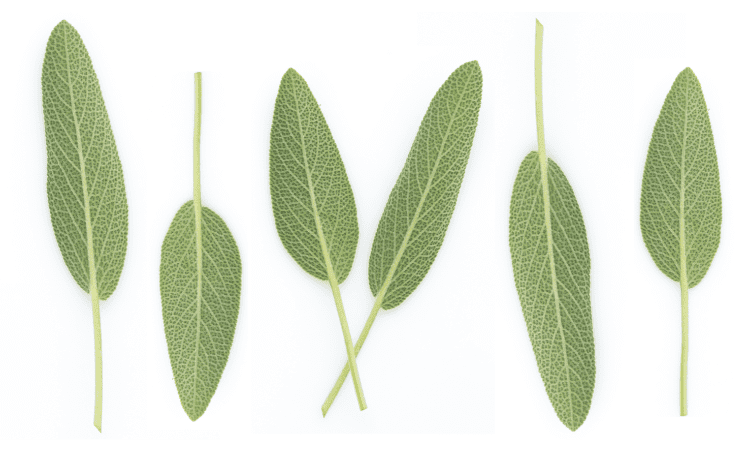 Sage is a wonderful herb for treating inflammation. Inflammation can occur from injuries, allergies, and infections. It also causes swelling, redness, and pain in the affected area. Sage is an effective remedy for all of these symptoms as well as being soothing to irritated skin.

Sage has been used in Chinese medicine for centuries to treat sunburned skin and relieve muscle aches, making it one of the best herbs you can use to soothe your muscles after working out or playing sports. 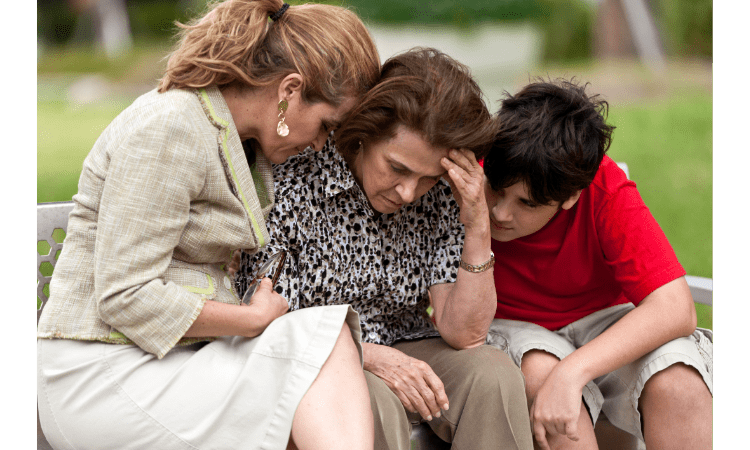 By lowering your risk of developing this debilitating disease, sage may also enhance your quality of life as you age by improving memory and concentration so that you can continue an active lifestyle.

What is the side effect of Sage?

Sage can cause allergic reactions.

It can cause skin irritation.

It can cause throat irritation.

Sage can also cause nausea and vomiting, diarrhea, or stomach upset in some people, including children

While the benefits of sage may be difficult to prove, it’s clear that this plant has been used for centuries as a medicinal herb and ritualistic tool. Sage has a long history of use in the Middle East, India, Asia, and Europe, where it was thought to have magical health properties that could help with everything from healing wounds to boosting fertility.

The sacredness of sage is found in many cultures throughout history. From ancient times through today, people have used different forms of this herb for spiritual cleansing or healing purposes. In some areas of South America, people cleanse their homes with sage smoke before moving into them; others burn incense made from this plant when praying for steady health or better luck at work.