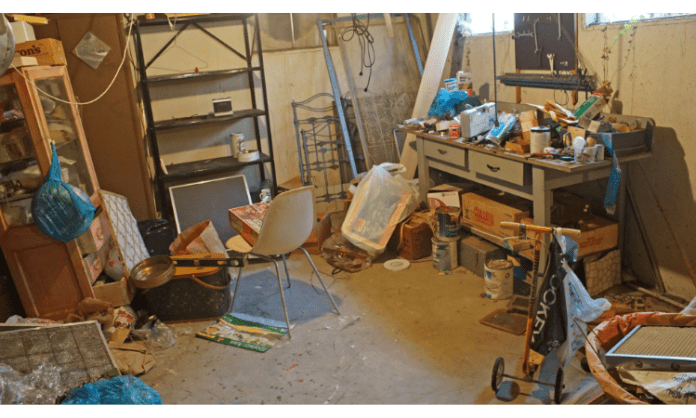 Clutter is an epidemic, and it’s affecting our mental health. We’re not talking about the “messiness” that comes from living in a home where many people contribute their belongings. We’re talking about clutter shame—the guilt and anxiety that can accompany the realization that you have too much stuff in your house to ever be able to organize it all. Let’s know What is Clutter Shame and How Do I Get Over It.

What is Clutter Shame 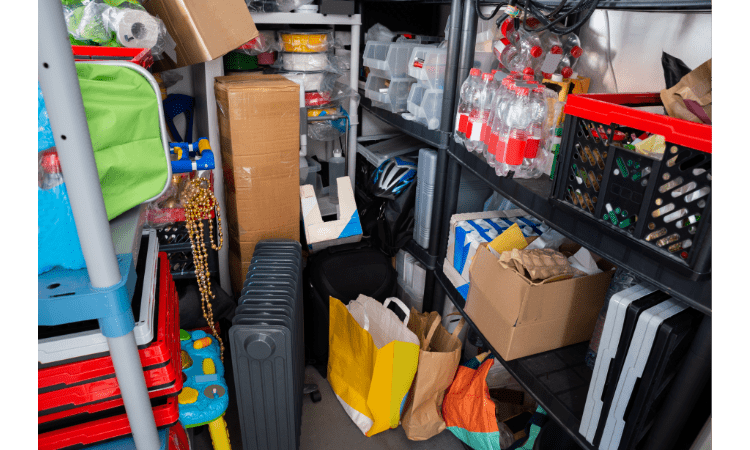 As the name suggests, clutter shame is the shame you feel about your own clutter. It’s that feeling of “Ugh, I can’t believe I have so much stuff!” and “I should be able to get my house under control by now.” It can also manifest as guilt after buying something new or donating something old.

Clutter happens when we let our things take over our lives. We may not be able to see it all at once—and it often takes time for us to realize our excessive accumulation has gone too far—but somewhere in there is a person who was once happy with their belongings but now feels like an overwhelmed failure because of them.

When we aren’t able to keep up with our stuff, it’s usually because we’re trying too hard: either through perfectionism or through avoidance (like wanting everything tidy). This is the reason that causes stress, which leads us down an unhealthy path of making matters worse by adding more items instead of getting rid of them. 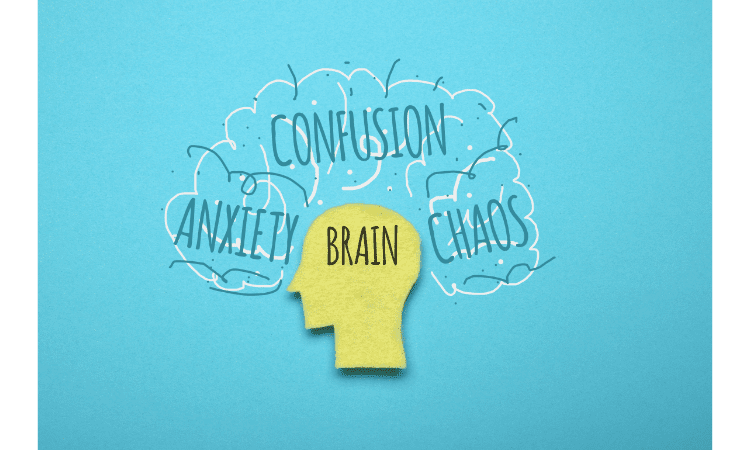 Clutter can be a symptom of many mental health disorders. Here are some examples:

Depression: Depression is often accompanied by feelings of guilt and shame, which are linked to clutter. Clutter can also make it more difficult to focus on tasks that need to be done, resulting in lower self-esteem and greater feelings of worthlessness.

Anxiety: Anxiety can cause you to feel overwhelmed by the thought of decluttering your home or office space, even if you have the time or energy for it. You may become convinced that resisting this task will hinder your ability to cope with anxiety symptoms in other areas of your life—for example, by causing you additional stress when trying to find important papers at work or school.

OCD: The strong attachment some people feel towards their possessions helps them cope with stressful situations throughout the day; however this attachment often leads them towards acquiring more items than necessary just so they can feel safe regardless where they go!

PTSD: People who suffer from PTSD may experience flashbacks after seeing something associated as “triggering” (i.e., a specific item). If these triggers cause anxiety attacks then it could result in compulsive behavior such as excessive shopping sprees where items won’t fit into closets because there’s no room left after purchasing all those things first time round!!!

ADHD : Clutter comes from poor organization skills; ADHD individuals may struggle  with managing time properly leading up until deadline dates due everything needs doing sooner rather than later.

How does clutter relate to shame?

Clutter is often used as a form of self-sabotage and self-punishment. It’s also a way to avoid facing our emotions, especially shame. When you feel bad about yourself or your situation, you may start to accumulate stuff as a way of distracting yourself from the real issue at hand. Although this behavior might distract us temporarily, it won’t fix the underlying problem: we still feel bad about ourselves or our situations. We just don’t realize that there are other ways to deal with those feelings besides clutter!

I know firsthand how clutter can be used as a form of self-denial—an attempt to avoid dealing with difficult emotions or situations by focusing on something else entirely (like having less space than I need). In my case, I had an apartment in Boston where I lived alone and didn’t have enough storage space for all my things; so instead of getting rid of anything because it was too hard emotionally (or physically), I just kept adding more items until finally had no room left at all.

How Do I Get Over clutter shame

The first thing to do is get rid of your clutter. Clutter is a surefire way to make you feel bad about yourself, so letting go of it will help you stop feeling ashamed.

Next, try to stop comparing yourself with other people; even if they appear neat and tidy on social media, chances are they feel just as bad about themselves as you do. A neat space is not necessarily an indication of happiness or self-worth—it just means that someone has been able to set aside time for cleaning and organization in their life (which is not always easy). Everyone is different, you can not wipe off the difference by copying others. So always be positive about yourself! 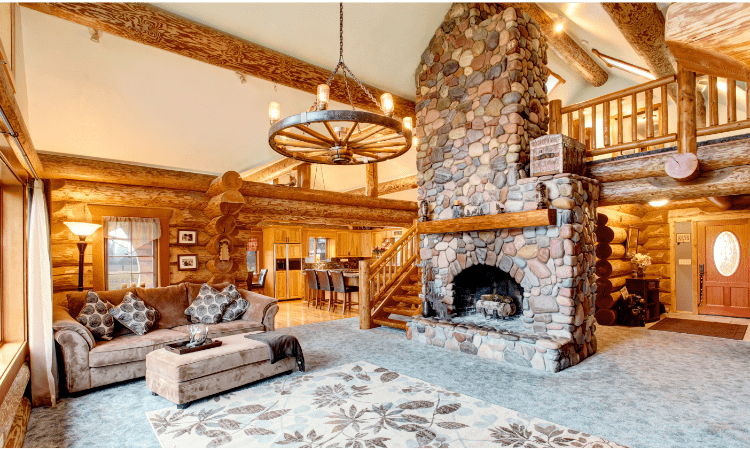 Art and decor can help with decluttering, but they’re also great for mental health. If you’re feeling a little ashamed about your clutter, it may be time to take a look at the art that’s hanging on your walls or sitting in storage. You might find that you have some of the most beautiful pieces of art ever created—and that they cost nothing!

This is especially true if you live in an area where artists are more common. In this case, rather than trying to figure out where to dispose of things like gift cards or receipts after they’ve expired (because who needs them?), why not try asking an artist friend if they’d be willing to make something out of them? They might be able to use them as raw materials for their own work—and then give it back to you as a completed piece!

Even better: You could ask an artist friend what kind of artwork would look best on your walls right now and how much it would cost. Then compare their prices with those offered by local galleries and shops; there’s no shame involved in doing some research before making such important purchases because knowledge is power when it comes down buying artwork from local businesses versus big chains like Staples or Walmart. Contact their salesperson to visit your area and guide accordingly. 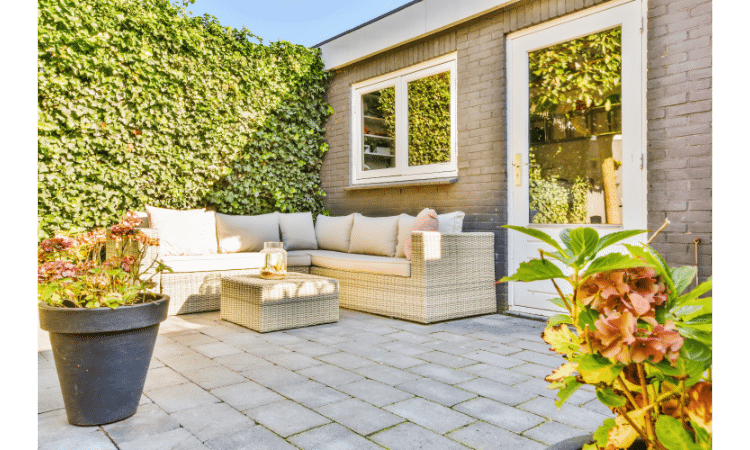 Greenery is good for your mental health and physical health, but it’s also good for your home and wallet. Studies have shown that having greenery in your living space can improve your mood, which helps you relax and sleep better; research suggests that nature can even help with depression. The benefits of plants may be increased by their ability to reduce stress (and thus prevent heart disease), as well as their absorption of carbon dioxide from the air. Plants are also thought to purify indoor air quality by removing chemicals like formaldehyde, benzene, trichloroethylene and xylene from the air around them—but they don’t require expensive filters or other equipment like an ionizer does!

Plants are also beautiful additions to any space because they bring life into it—and there’s plenty of evidence showing that people who live in more natural spaces feel more connected with nature overall than those who live in urban areas surrounded by concrete sidewalks and buildings made of glass windows rather than trees or grasses outside their doors. Finally: adding greenery around your home gives it curb appeal so people will want to visit often enough–which means that even if no one else sees how much better having plants makes things feel inside yours feels when you’re alone maybe someday someone else will see it too. 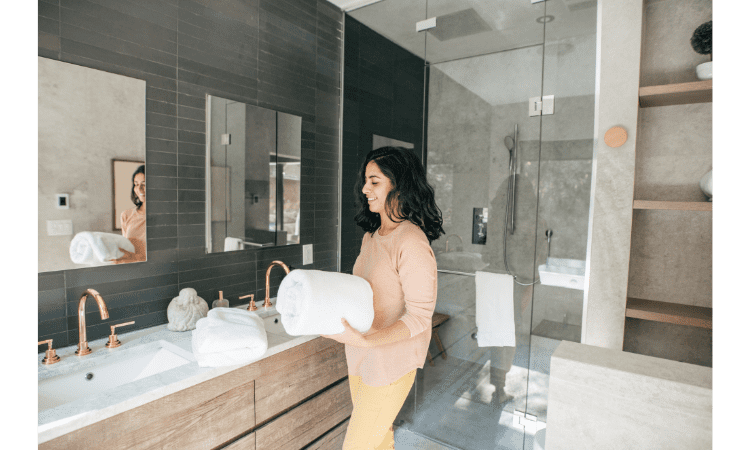 The first step to getting over clutter shame is to get rid of things that you don’t need or use. It is the main reason. Start by cleaning out your closet, drawers, and cabinets. If you haven’t worn an item in the last year or so, toss it!

Once you’ve made a good dent in clearing out your home and wardrobe, focus on setting aside time each day—even if it’s just 15 minutes—to make decisions about what to keep or toss. You might have some items that have sentimental value but aren’t useful anymore; decide whether or not those objects are worth keeping around for the memories they bring up for you. 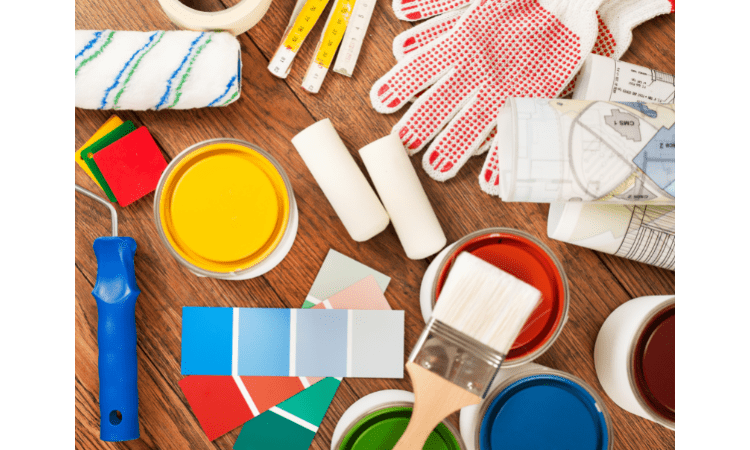 The first step to overcoming clutter shame is to acknowledge that you feel ashamed. It’s not a weakness to be embarrassed about a disorder, and it doesn’t mean you’re lazy or hopelessly disorganized. In fact, many people who struggle with clutter have gone through periods in their lives when things were perfectly neat and organized—it’s just that at some point, something changed and the order went out the window! You can regain control over your possessions by taking small steps towards an organized life (like setting aside some time each week). If you find yourself overwhelmed with too much stuff or frustrated with how long it takes to get things done around the house, it may be time for professional help from an organization like ours here at Clutter Cleaners.