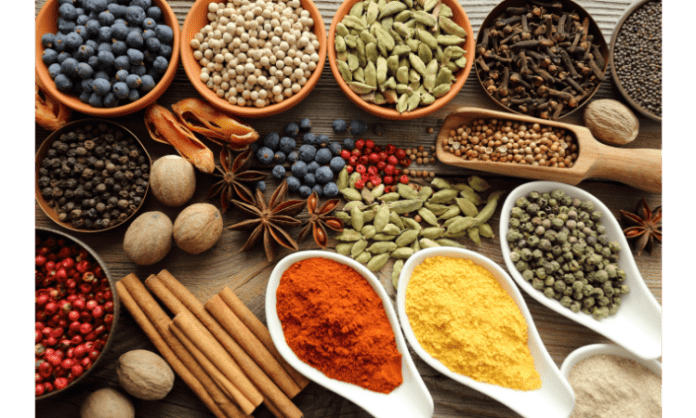 The main reason why spices are so popular is the fact that they can greatly affect the flavor of your food. However, there is much more to them than their taste and aroma! Spices have been used for thousands of years as an integral part of many cultures. They have been used as both medicine and food due to their healing properties, which are still widely known today.

What is boosting metabolism? 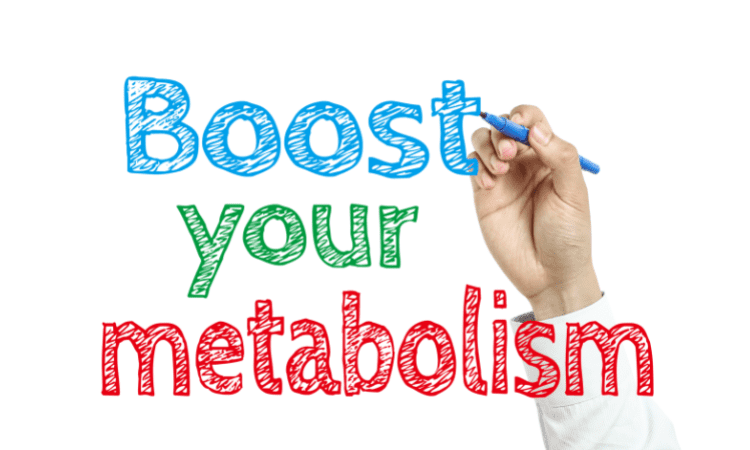 Improving metabolism is a process that helps the body to convert food into energy. This increase in energy helps you burn more calories, which can help you lose weight. Improving metabolism also improves the way that your body digests food and keeps your digestive system healthy.

They are a great way to improve metabolism and help you lose weight. They contain high amounts of nutrients, which are essential for keeping your body running smoothly and efficiently.

One of the main benefits is that they will increase your rate of calorie burning, which can help you achieve your goals faster. For example, cayenne pepper contains capsaicin and other active compounds that have been shown to accelerate weight loss by increasing the rate at which we burn calories. This means that if all else is equal—meaning how much food we eat per day—spicing up our meals will still allow us to reach our desired goal weight faster than non-spiced foods. 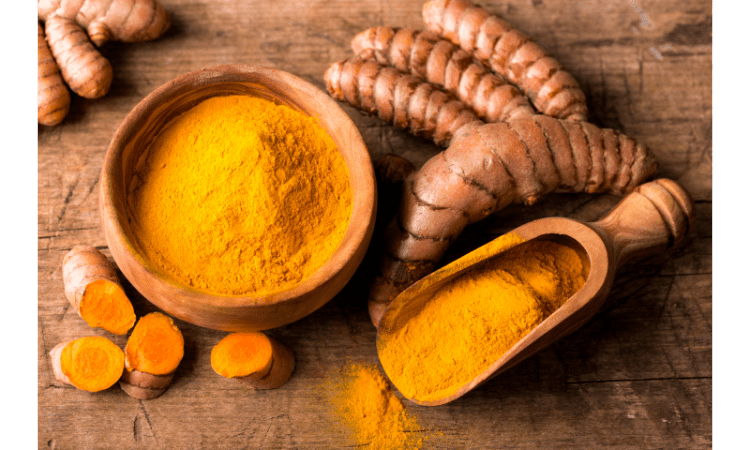 Turmeric, also known as Curcuma longa, is a plant native to South Asia and Southeast Asia. It has been used in cooking for thousands of years. It contains curcumin, which gives turmeric its yellow color and many of its health benefits.

Curcumin has many health benefits including being an anti-inflammatory and antioxidant, treating indigestion (dyspepsia), preventing ulcers from forming in the stomach or small intestine, and reducing symptoms of arthritis by lowering inflammation in joints.

In addition to these ways it can help accelerate your metabolism and reduce bloating, curcumin may also help fight cancer cells by inducing apoptosis (programmed cell death). 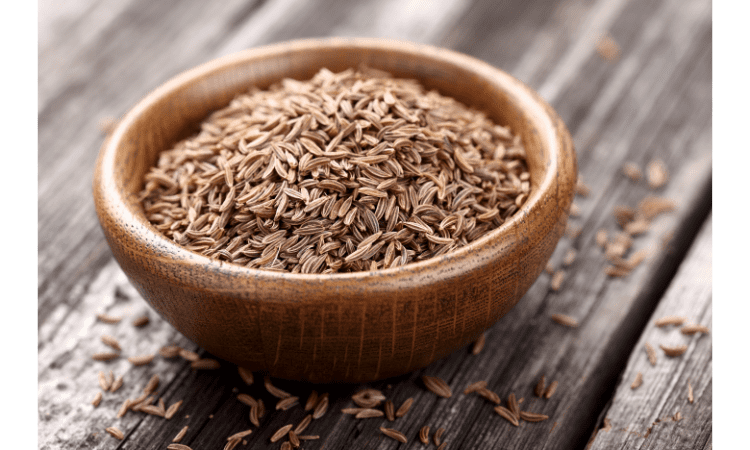 Cumin is a wonderful herb with many benefits that you may not be aware of. Not only can it help accelerate your metabolism, but it can also help relieve gas and bloating. Cumin contains iron, magnesium, manganese, and copper which are all needed to maintain optimum health. In addition to these important nutrients, cumin also provides us with phosphorus, zinc (which helps our skin look great), calcium, and vitamin A (which is important for vision). 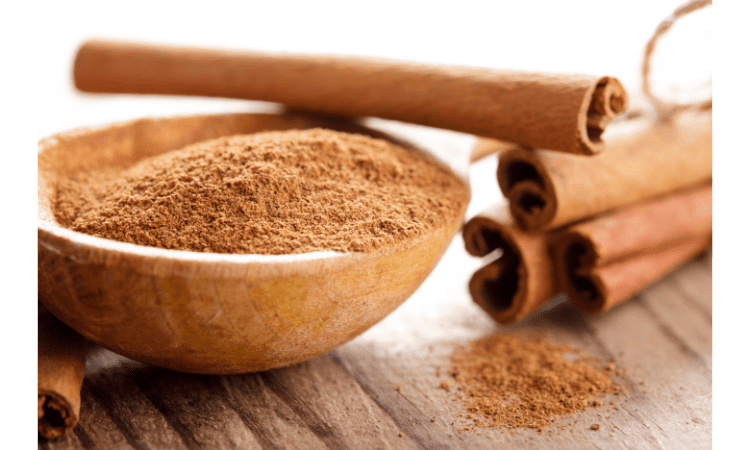 Cinnamon is one of the most popular herbs in the world. It can be used to flavor many different types of food, and it’s also known to have several health benefits. If you’re looking for a way to accelerate your metabolism and lose weight, cinnamon may be just what you need.

Cinnamon is an excellent source of antioxidants called polyphenols, which help protect cells from damage that can lead to cancer or other chronic diseases. These polyphenols are also believed to improve insulin sensitivity and improve blood sugar control. This makes cinnamon especially beneficial for people struggling with diabetes or prediabetes because it helps reduce their risk of getting type 2 diabetes. The antioxidant properties of this may even help prevent Alzheimer’s disease by protecting brain cells from damage caused by free radicals. 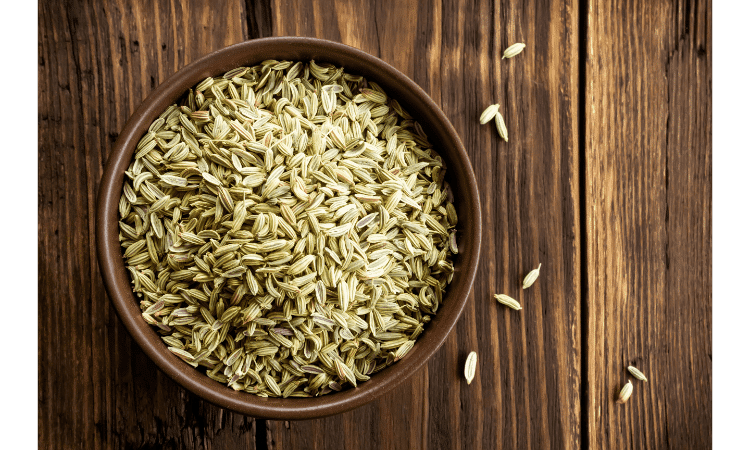 Asafoetida is a resin obtained from the rhizome or taproot of ferula assa-foetida, a plant in the parsley family. It has a strong, unpleasant odor that’s reminiscent of garlic and onions. Asafoetida has many uses in Indian cooking but it’s more commonly used as an active ingredient in multivitamins because it’s said to have antioxidant properties. 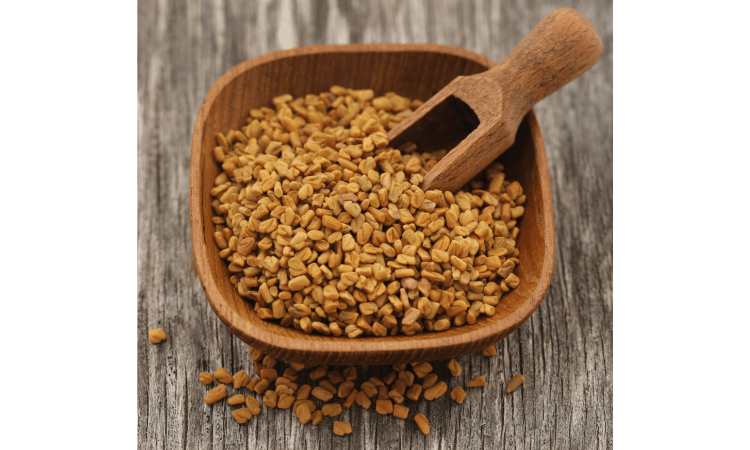 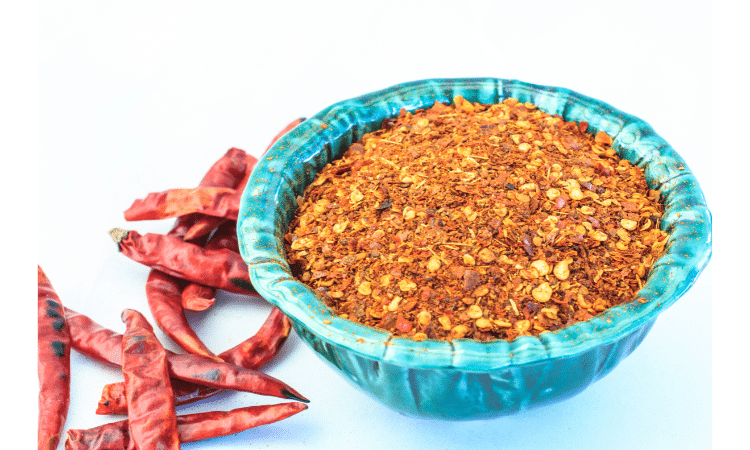 You may already know that cayenne pepper is a great spice to accelerate metabolism, but it’s also an excellent source of vitamins and minerals. Here’s what cayenne has: 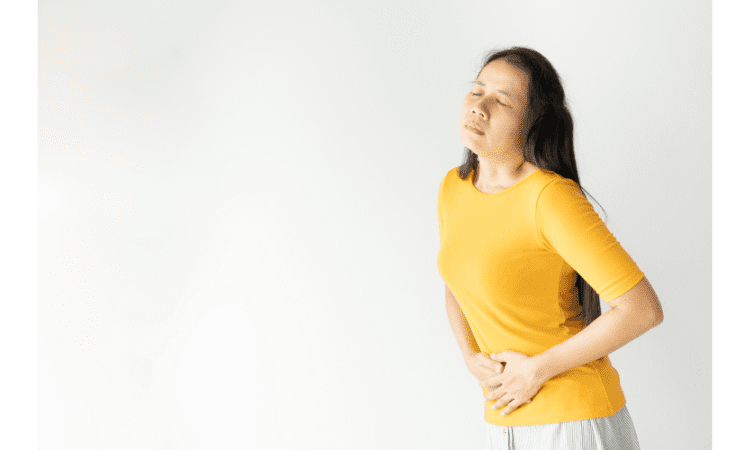 Bloating is swelling of the abdomen. It can occur after eating and may be accompanied by heartburn, belching, flatulence, and abdominal pain. Bloating is a common problem that is usually mild to moderate in intensity but can be severe enough to require medical treatment.

The exact cause of bloating isn’t clearly understood but it’s likely due to several mechanisms working together – some may be caused by gas production in your stomach; others may result from increased pressure on your digestive system.

Bloating is a common problem. Bloat can be caused by food, water, stress, and gas. Gas is the most likely cause of bloating in healthy people.

Cayenne pepper, black pepper, and ginger have been shown to help digestion and improve metabolism by stimulating the production of bile in your liver and intestines. When you improve your metabolism, fat is broken down more effectively so less gets stored as excess weight on your body — this means you’ll have less bloating.

Fennel seeds are a vital source of fiber and vitamin C. They also contain a number of antioxidants, which can protect the heart from disease. The antioxidants are effective at reducing inflammation in the body, which is why fennel seeds are commonly used to treat digestive issues such as bloating and indigestion.

If you’re looking for an easy way to accelerate your metabolism and get rid of bloating, consider adding some fennel seeds to your diet. 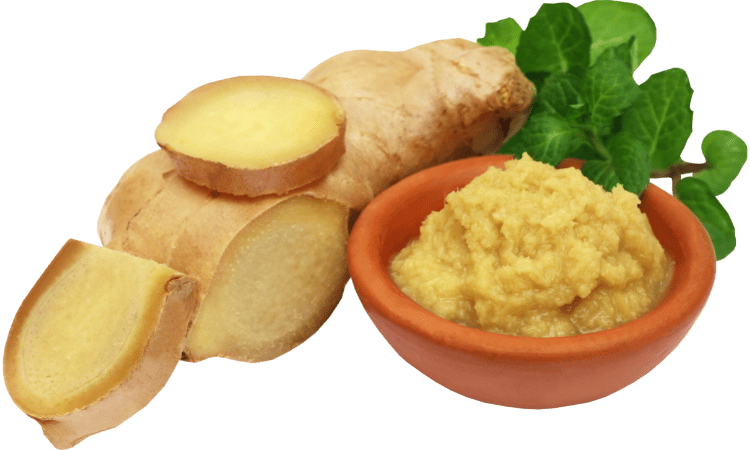 Ginger is a root that has been used for centuries in Ayurveda, the traditional medicine of India. It has a spicy, pungent taste and a hot, dry, and heating energy. It is used to treat bloating and other digestive issues.

When it comes to weight loss, ginger can be an effective aid. As mentioned before, it helps to reduce inflammation as well as boost your metabolism by increasing your body’s temperature slightly (known as thermogenesis). 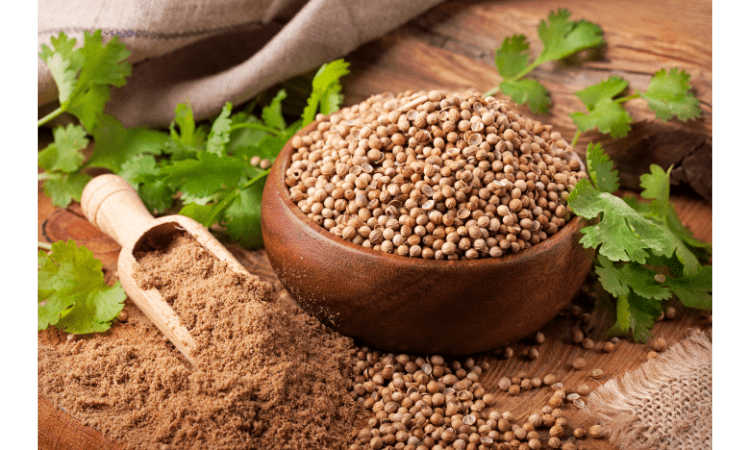 Coriander is used in many cuisines. It can be purchased fresh or dried and is a great source of vitamin C. Coriander has also been shown to be a great digestive aid, detoxifier, anti-inflammatory and helps fight bloat. 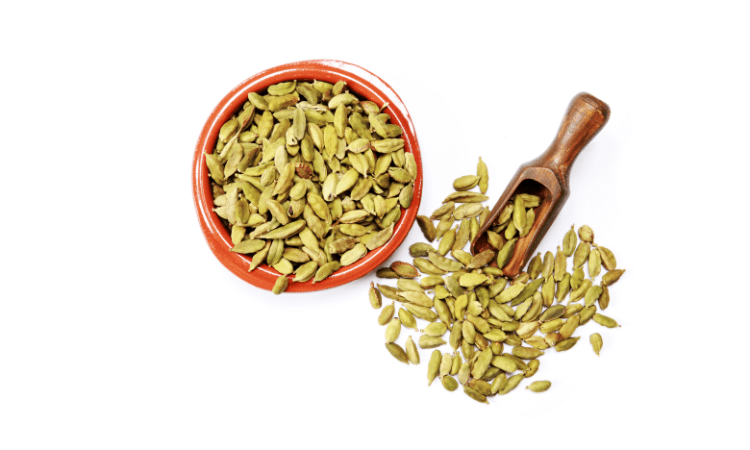 Cardamom is used in Indian and Middle Eastern cooking. It has been shown to have many health benefits, including its warming and digestive properties. It also contains antioxidants, which protect cells from damage caused by free radicals.

It is known for its ability to reduce bloating and improve digestion by stimulating the production of digestive enzymes in your stomach. Cardamom can also help promote healthy circulation throughout your entire body by dilating blood vessels as well as improving your metabolism so you burn more calories overall. 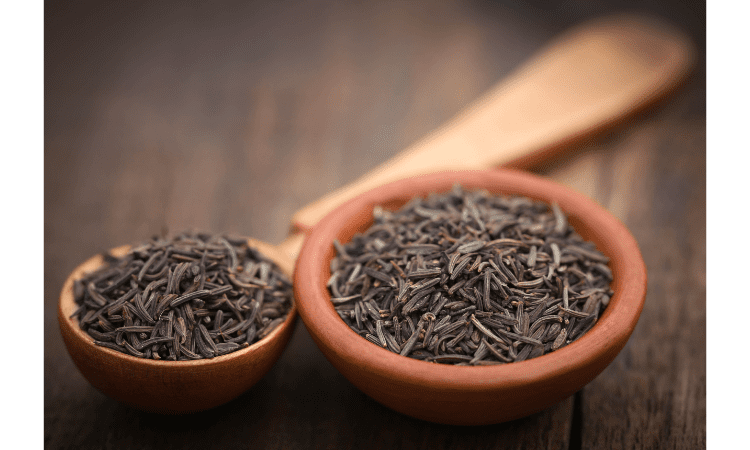 The caraway plant has a long history in several cultures, and it can now be found in most kitchens around the world. Caraway is a spice that is used in many cuisines around the world. The seeds of this plant have been used for medicinal purposes since ancient times. They are also known for their aromatic properties.

The caraway seed extract is often used as an ingredient in herbal tea blends because of its soothing effects on digestion and stomach problems such as nausea or bloating after eating too much food at once. In addition to being an excellent source of vitamins and minerals, caraway seeds also contain dietary fiber, vitamin C (a powerful antioxidant), and essential fatty acids which help combat inflammation throughout your body while supporting healthy heart function by lowering cholesterol levels.

One of the finest ways to boost your metabolism and beat bloating is with spices. They are amazing for improving your metabolism because they add flavor to your food, but also contain unique compounds that can help you burn more calories.