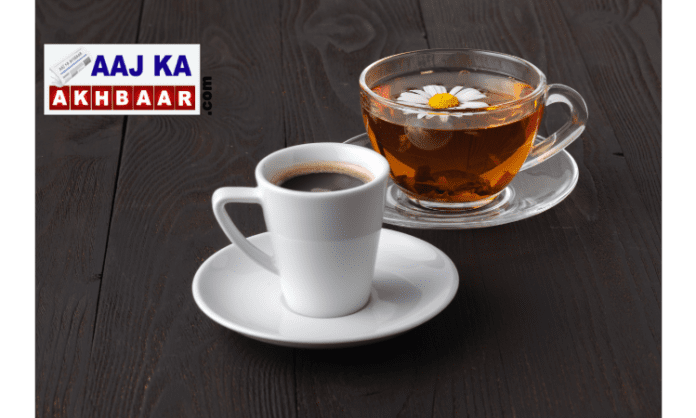 Coffee and tea are the two most popular hot beverages in the world. They both come from plants, but they’re different in many ways. This article will explain Health Benefits of Coffee vs Tea, their differences, and even offer some recipes for making your own coffee or tea at home.

Both tea and coffee are good for us 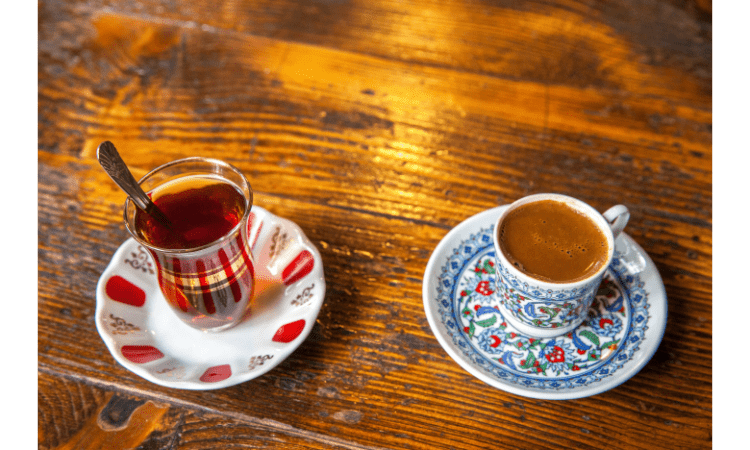 Both tea and coffee are good for us. The truth is, both beverages can have some pretty amazing health benefits when enjoyed in moderation.

Tea is rich in antioxidants that help protect against cancer and heart disease, as well as boost your immune system. It’s also high in vitamin C and manganese, which helps keep your bones healthy.

Caffeine has been shown to have positive effects on the body: it improves mental alertness and energy levels, boosts metabolism (which means you burn more calories), decreases muscle soreness after exercise by improving blood flow, improves insulin sensitivity (which helps with diabetes), reduces inflammation and oxidative stress (which lead to chronic diseases like cancer). 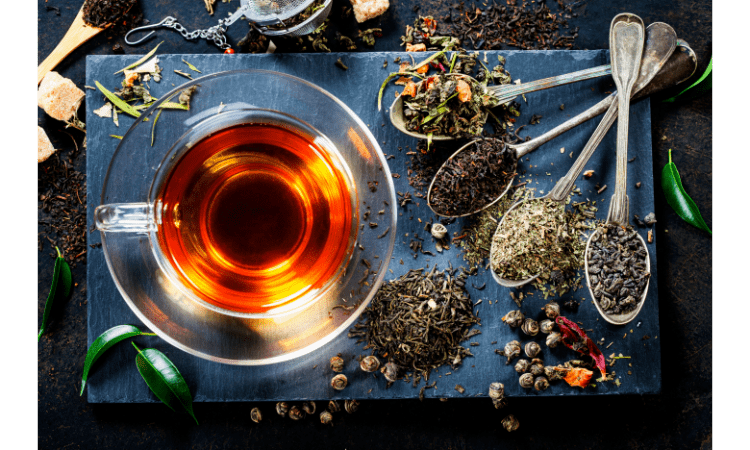 Tea is a beverage brewed from the leaves of the Camellia sinensis plant. It is most often served hot but can also be consumed cold. Tea has been a popular drink for thousands of years, and in many countries (such as China) it is commonly served with meals. There are many different types of tea: green, black, oolong and white. Within each category there may be several different varieties available depending on where they were grown or how they are processed.

Tea has been shown to have several health benefits including reducing the risk of certain cancers and heart disease as well as improving dental health by strengthening tooth enamel.

Coffee can be a good drink, but tea is better for you. Tea has been shown to reduce heart disease risk by lowering cholesterol, blood pressure, and inflammation (3). One study found that the antioxidants in green tea may help prevent heart disease by breaking down fat in cells that line blood vessels (2).

Tea is also known as an antioxidant-rich beverage with anti-inflammatory properties that can help relieve symptoms of asthma and arthritis (1). The flavonoid antioxidants in tea are thought to be responsible for these benefits because they are powerful scavengers of free radicals known as reactive oxygen species (ROS) which can damage your DNA or your cell membranes.

Green tea is a source of antioxidants that may help lower cholesterol. Green tea contains catechins, which are believed to play a role in reducing the risk of heart disease by lowering LDL (bad) cholesterol. Catechins are also believed to increase HDL (good) cholesterol and decrease triglycerides.

The amount of time it takes for green tea to have an effect on your blood cholesterol levels depends on how much caffeine you consume and what other foods or drinks you eat or drink while consuming green tea. 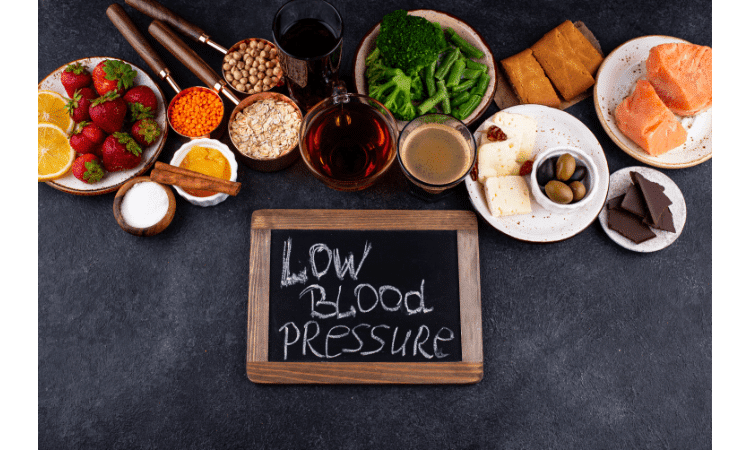 Caffeine is a vasoconstrictor, meaning it makes the blood vessels smaller and closes them off. This can be bad for people with high blood pressure, because the adrenaline rush that comes with caffeine can cause their heart rate to increase and their blood pressure to go up.

However, if you already have high blood pressure and you’re looking for ways to lower it naturally—and safely—then drinking tea could help your body achieve this goal. Tea has been shown to help reduce stress levels while still increasing energy levels, which helps lower blood pressure in many people who suffer from this condition. It also contains antioxidants like flavonoids that have anti-inflammatory properties that fight against free radical damage in the body (which leads to aging).

The anti-inflammatory effects of tea may be due to its high antioxidant content, which can help reduce oxidative stress on your body’s cells by neutralizing free radicals in your body. Tea contains similar levels of antioxidants as coffee does – both contain catechins and phenolic acids – but some research suggests that green tea may have more potent antioxidant properties than other variations.

Tea is a rich source of polyphenols, which are natural plant chemicals that can help regulate sugar and fat metabolism.

Tea also contains caffeine, which has been shown to increase energy expenditure by boosting metabolism. 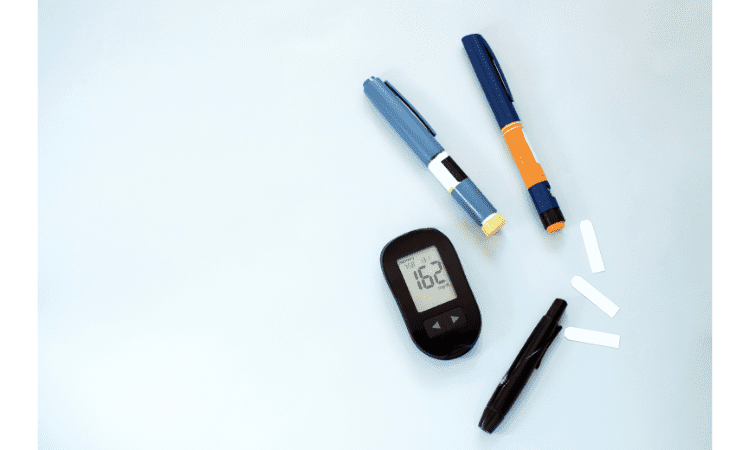 If you’ve ever been diagnosed with high blood sugar or diabetes, then you likely know that it can be a serious condition. High blood sugar puts you at risk for developing many health problems, including heart disease, kidney problems and eye damage.

To lower your blood glucose levels, your body needs insulin to do its job properly. Insulin is a hormone that regulates blood sugar levels by helping glucose enter cells to be used as energy or stored as fat. When there isn’t enough insulin available or the body doesn’t respond properly to it—a condition called insulin resistance—glucose remains in the bloodstream instead of being used properly by cells throughout the body. 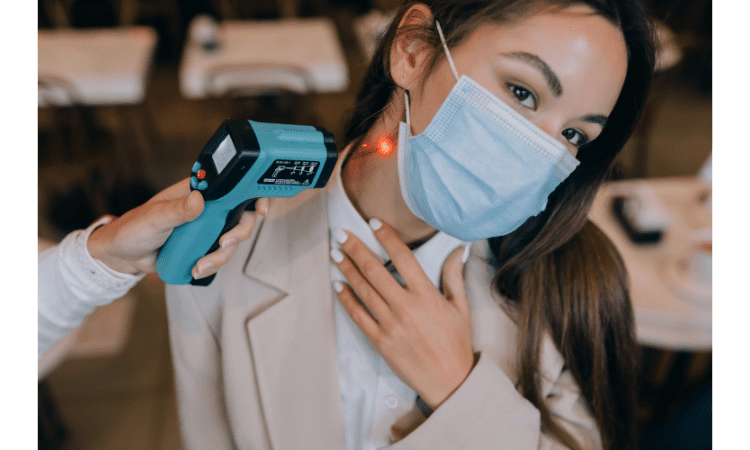 The caffeine in tea has a similar effect on the body as that of coffee. It’s a natural stimulant and increases blood flow by widening blood vessels, which helps to regulate body temperature. The antioxidants in tea also help with this process. On top of this, the tannins (polyphenols) found in tea are known for their anti-inflammatory properties and can reduce muscle pain or stiffness after exercise or intense physical activity. 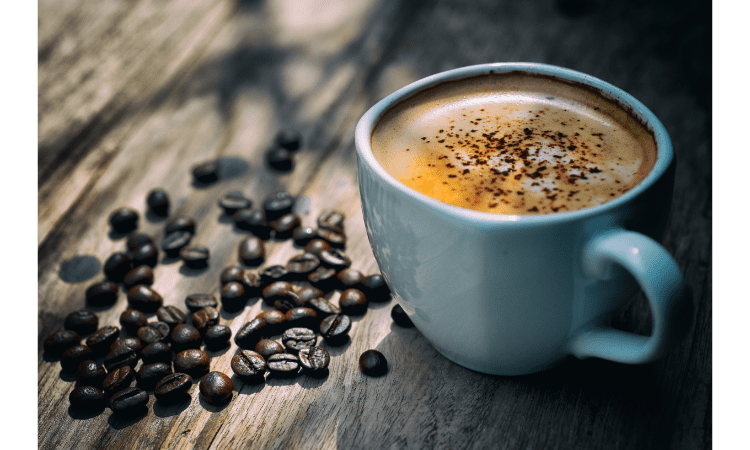 Coffee is a brewed beverage prepared from roasted coffee beans, which are the seeds of berries from the Coffea plant. Coffee is one of the most popular drinks in the world. It can be prepared and presented in a variety of ways (e.g., espresso). It is usually served hot, although iced coffee is also commercially available.

A cup of coffee is good for your brain. It lowers the risk for Parkinson’s, Alzheimer’s and dementia. Research has shown that drinking three to five cups per day can reduce the risk of developing heart disease by 20%.

Drinking coffee can also add years to your life! Studies have proven that those who drank two to three cups a day lived longer than those who didn’t drink any coffee at all.

Coffee contains antioxidants which help prevent oxidative stress in our bodies by neutralizing free radicals before they damage cells or DNA. These antioxidants also decrease inflammation in our bodies and protect us from cancer. 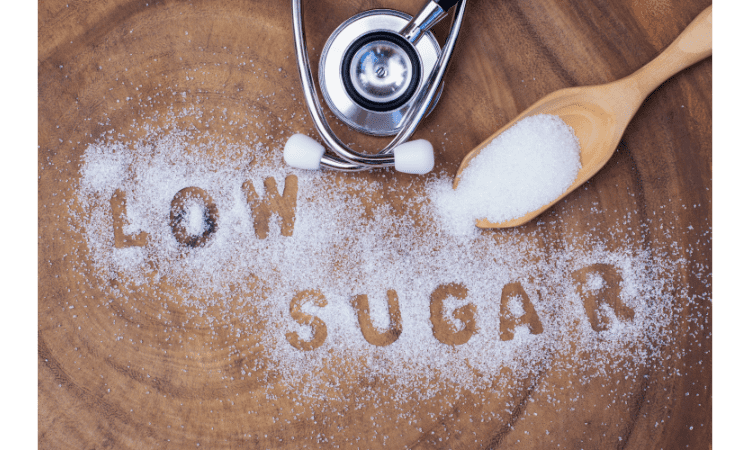 Coffee can help lower blood sugar. In a study conducted by the University of Georgia and published in the Journal of Nutrition and Diabetes, participants who drank coffee for breakfast experienced a significant decrease in post-meal blood sugar levels compared to those who ate an identical meal but did not drink coffee.

A cup of black coffee contains 157 milligrams of caffeine, which is not as much as you would get from other caffeinated beverages like soda, energy drinks or tea (about 200 mg per serving). However, while it may be true that drinking more caffeine doesn’t necessarily result in greater benefits when it comes to lowering blood sugar levels after meals, some research suggests that drinking decaffeinated versions could actually increase your risk for Type 2 diabetes. This is because they have higher glycemic indexes than regular versions—a measure that indicates how quickly foods break down into sugars and cause spikes in your blood glucose levels over time. 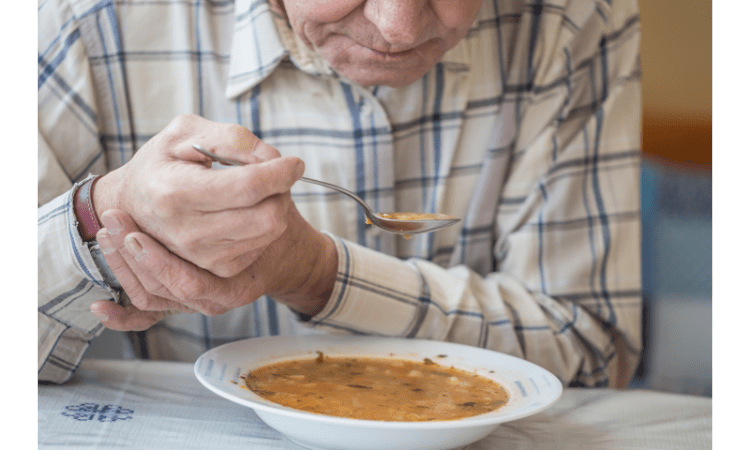 One of the most important benefits of coffee is that it may lower your risk of developing Parkinson’s disease. The caffeine in coffee can reduce this risk by up to 50%.

Studies have shown that caffeine can reduce the risk of Parkinson’s disease by as much as 50%! 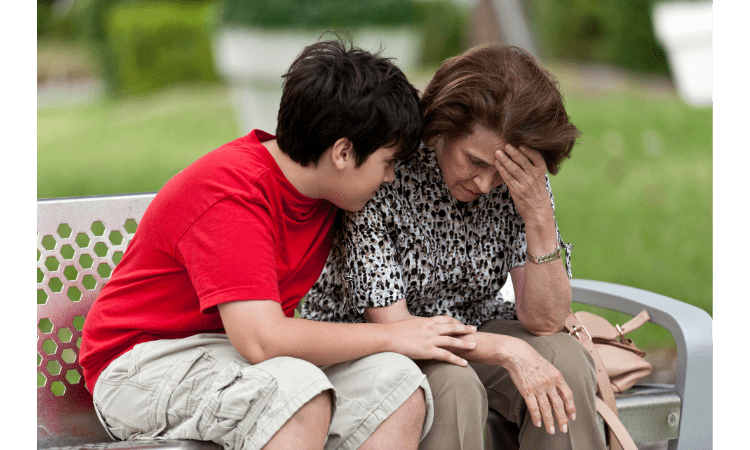 Recent studies have shown that coffee may lower the risk of Alzheimer’s, a disease caused by deterioration of the brain. The antioxidants in coffee can help prevent oxidative damage to cells and tissues, which is what causes Alzheimer’s disease.

Alzheimer’s Disease is a disorder characterized by dementia (loss of memory) and loss of brain function. When someone has Alzheimer’s, they typically have trouble with everyday tasks like remembering things or making decisions. The symptoms get worse over time, until eventually they are no longer able to stay independent or take care of themselves at all.

Despite their different flavors, coffee and tea are similar in that they both contain polyphenols. Polyphenols are antioxidants that reduce inflammation and have other health benefits as well. Although there haven’t been any studies comparing the specific effects of coffee and tea on inflammation, it’s likely that both drinks would have similar results because they both contain polyphenols. 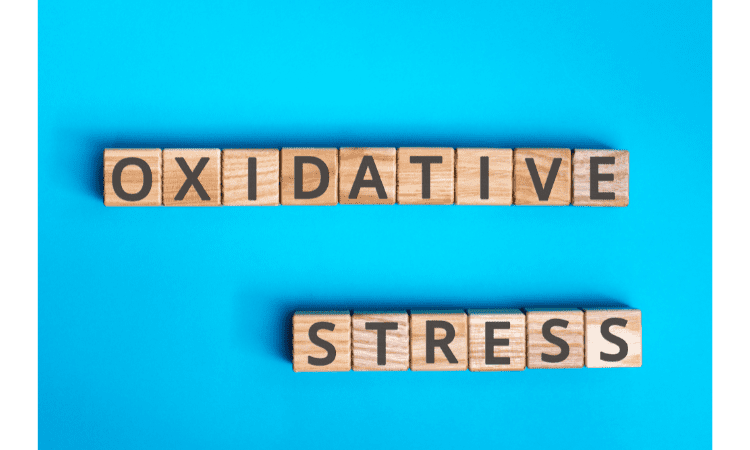 According to the NIH, oxidative stress is a process that occurs in the body when the production of free radicals exceeds the body’s ability to neutralize them. Free radicals are atoms or molecules with unpaired electrons, and they can cause damage to cells and DNA if not properly controlled by antioxidants. Your body’s immune system uses free radicals to kill invading cells, but too many free radicals can actually cause harm instead of good.

Oxidative stress has been linked to aging, cancer, inflammation and cardiovascular disease among other conditions. Antioxidants act as a counterbalance for this process by helping your body keep free radical levels under control.

Coffee contains several antioxidants that can help reduce oxidative stress in the body.

Enjoy your hot beverage of choice!

So, now we have got the idea of health benefits of Coffee vs Tea. Drinking tea or coffee can be a great way to start your day. Both beverages contain antioxidants, which help your body stay healthy and fight off disease-causing cells.

Both are also known to be helpful for managing stress levels, so you can rest easy knowing that both hot beverages will help you feel more relaxed and calm in the morning. They’re also known for improving memory recall, making it easier for you to remember everything on your busy schedule.

A hot cup of tea or coffee can even help improve the appearance of your skin by reducing inflammation caused by skin conditions such as eczema or psoriasis.

You may be wondering which beverage is better for your health, but the truth is that they’re both great choices. The important thing to remember is that neither tea nor coffee should be consumed excessively, as this can affect your health negatively. So comparison of health benefits of Coffee vs Tea is very hard. But if you do decide to drink either of these beverages regularly, there are some great reasons why you should choose either tea or coffee (or both!) over other options like soda pop or milk.

How to get rid of a woodworm infestation

Everyone has a favorite exercise. Some people enjoy a good run, while others like to hit the gym or take yoga classes. No matter...

Blood donation is the process through which blood is taken from one individual, processed and then given to someone else. Blood donation can be...

How to get rid of a woodworm infestation

Woodworm is a type of beetle that is attracted to the sap in your wood, especially oak. This can cause damage to your home,...

CBD is a compound found in cannabis plants. It is extracted from the stalks, seeds, and flowers of marijuana or hemp by using solvents...

The front door is the first thing people see when they step inside your home. It's also the last thing you see before leaving....

A lot of people have visceral fat, but it's not always bad. It is stored around your organs and can build up in layers,...

You've been working hard. And you want to keep up your good work, but the days are long and getting longer. You're tired, mentally...