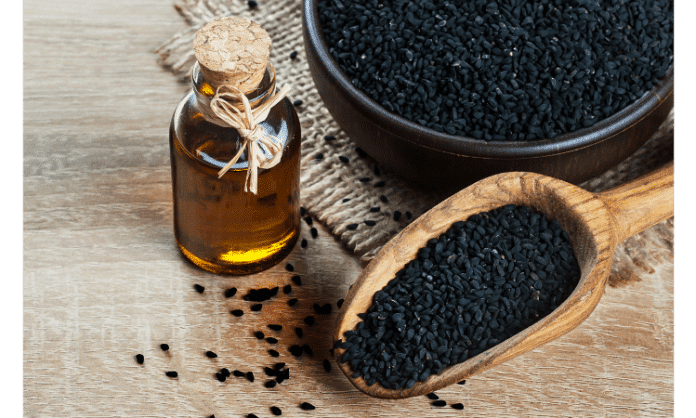 Black seed oil is made from the seeds of black cumin, a flowering plant in the family Apiaceae. It’s native to Egypt and North Africa but has spread to other parts of the world as a culinary spice and traditional medicine. Black seed oil is used in cooking, cosmetics, cosmetic products, herbal medicine, bodybuilding supplements, and even food products. In this article, we’ll look at some of the potential health benefits of black seed oil as well as what makes it so special.

What is Black Seed Oil? 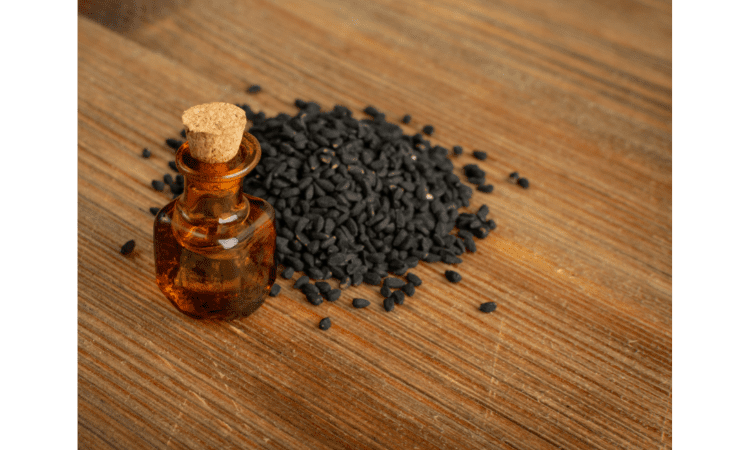 Black seed oil is extracted from the seeds of the black cumin plant (Nigella sativa), which is commonly used in cooking. The plant has been used as a traditional remedy for thousands of years and has long been touted as a natural anti-inflammatory, antioxidant, and antibacterial agent.

The black seed oil contains thymoquinone – an active ingredient that reduces inflammation in the body. In particular, it may be helpful for reducing pain caused by arthritis or other forms of inflammatory joint disease. It oil also contains thymohydroquinone – a powerful antioxidant that protects cells from oxidative damage caused by free radicals like radiation and pollution among others.

What is the use of Black Seed Oil?

Black Seed oil is one of the most popular oils used today. For many years, it has been traditionally used as a traditional medicine to treat a variety of health conditions including asthma, allergies, arthritis, and diabetes. It is also used as a culinary ingredient and dietary supplement.

It contains essential fatty acids such as omega-3 fatty acids and antioxidants that can help improve your overall health and reduce the risk of developing certain diseases.

What amount should we take it?

The recommended dose varies, depending on the condition being treated and the person using it. The following are general recommendations: 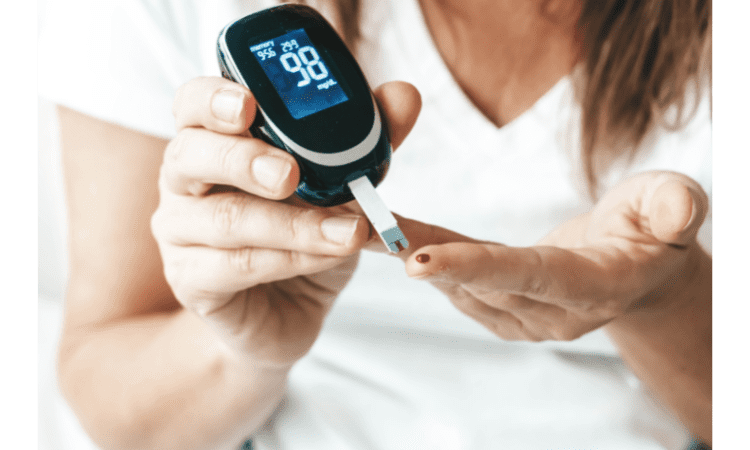 One benefit of black seed oil is that it contains gamma-linolenic acid (GLA), a type of omega-6 fatty acid. GLA has been found to be effective in lowering blood sugar levels, which means it can help people with diabetes control their blood sugar more effectively.

GLA helps reduce insulin resistance, which occurs when the body does not respond normally to insulin and causes high blood sugar levels. It also helps reduce the production of insulin by the pancreas, which can help lower your risk of developing diabetes in the future. 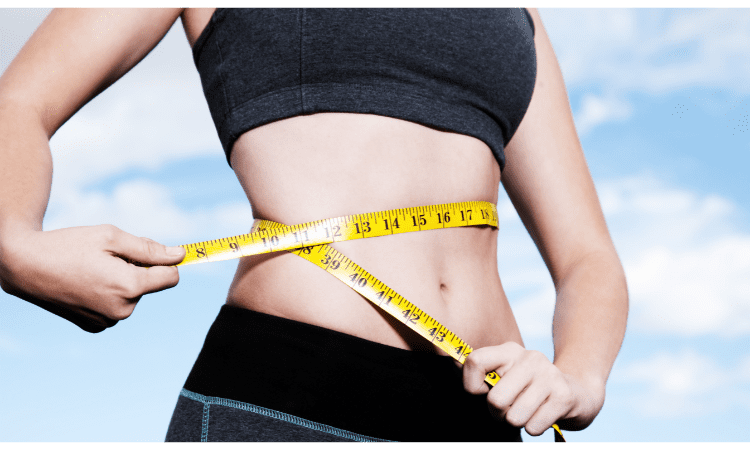 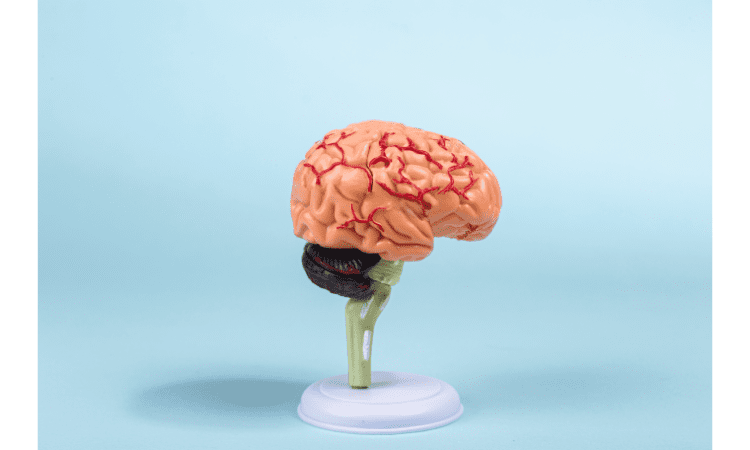 Black seed oil is a rich source of thymoquinone and other compounds that are known to have a positive effect on the brain. Thymoquinone, for example, has been shown to increase the production of neurons in the hippocampus.

It is able to boost cognitive function because it contains antioxidants such as thymoquinone, which help reduce inflammation caused by free radicals in your body. It also contains polyphenols — plant compounds with anti-inflammatory properties — that reduce nerve cell damage.

Research shows that oil has antioxidant, anti-inflammatory, and antispasmodic properties. These properties can help prevent or treat many diseases associated with oxidative stress like Alzheimer’s disease and Parkinson’s disease. 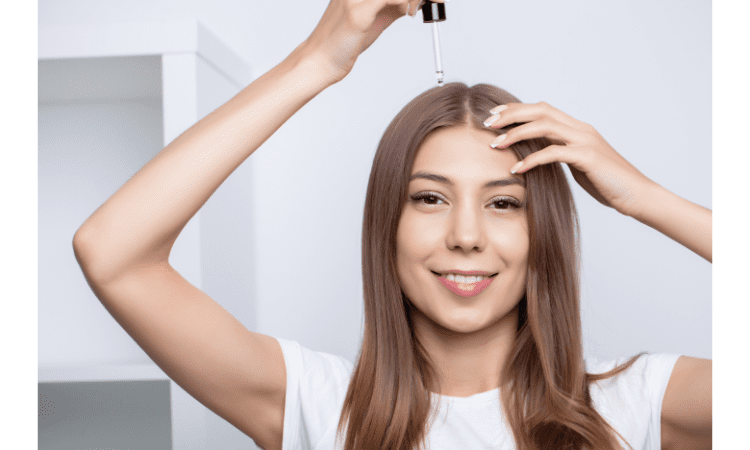 Black seed oil is a natural remedy that can help improve the growth of hair. It is rich in fatty acids and vitamin E, both of which are essential for healthy hair.

It helps in scalp health because it contains antioxidants and flavonoids that protect your scalp from external damage such as pollution and harsh weather conditions. The anti-inflammatory properties also help treat dandruff effectively, while its antimicrobial properties help fight off harmful bacteria. 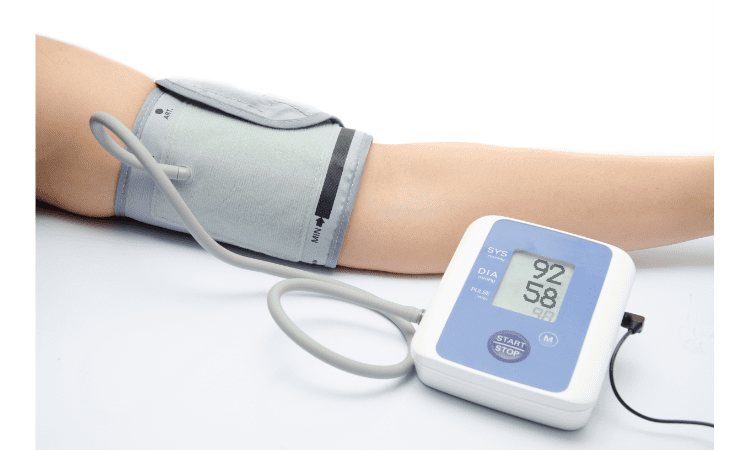 It is well known that black seed oil helps to lower blood pressure and it also regulates blood pressure. This is because it has antioxidant properties that help to reduce cholesterol levels in the body making it a great supplement for those who suffer from high blood pressure or mild hypertension.

It also helps in reducing the risk of cardiovascular diseases such as stroke, heart attack, and other heart ailments that can be caused by having an unhealthy diet or high cholesterol levels. 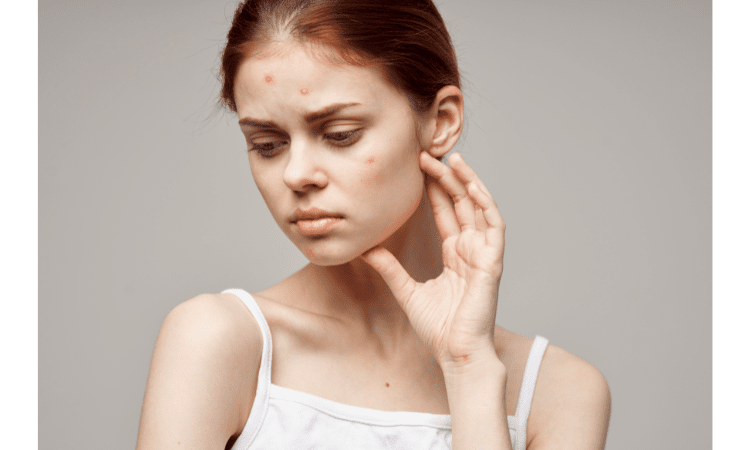 Black seed oil is an anti-inflammatory agent and can reduce the redness and swelling of acne. It also helps in controlling the bacteria that cause acne, thereby helping you prevent future breakouts.

You can use black seed oil as a natural remedy for your skin. It will not only help you get rid of current acne but also prevent new pimples from forming on your face in the future. 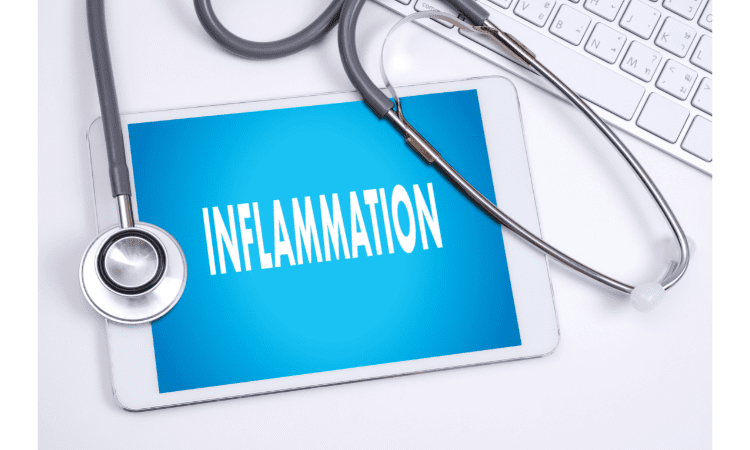 Black seed oil is one of the most powerful natural anti-inflammatory agents and can be used to treat a host of inflammatory diseases. It helps in reducing inflammation, swelling, and pain in the joints, rheumatoid arthritis, osteoarthritis, lupus erythematosus, psoriatic arthritis, and other autoimmune disorders. The black seed oil contains thymoquinone which has potent anti-inflammatory effects that reduce swelling and pain in joints. In addition to this, it also possesses antioxidant properties that help in protecting against free radical damage caused by oxidative stress.

Read Also: How to Save Pumpkin Seeds 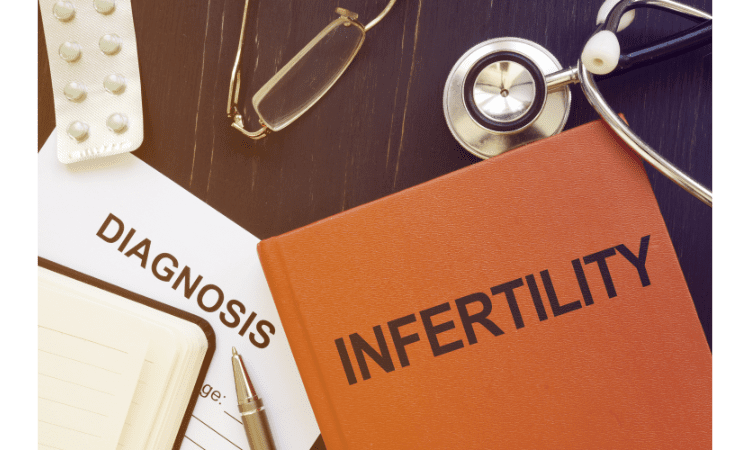 Black seed oil has been used for centuries to treat male infertility, as well as erectile dysfunction, prostate enlargement, and other similar conditions. It is believed that black seed oil can help improve sperm count, motility, morphology, and overall reproductive health in men.

It contain compounds called alkaloids which have been shown to have a positive impact on the male reproductive system. They are especially useful in treating abnormal semen quality or quantity (low or high), poor sperm motility, and low libido levels due to their anti-inflammatory properties which can help alleviate symptoms associated with these conditions. 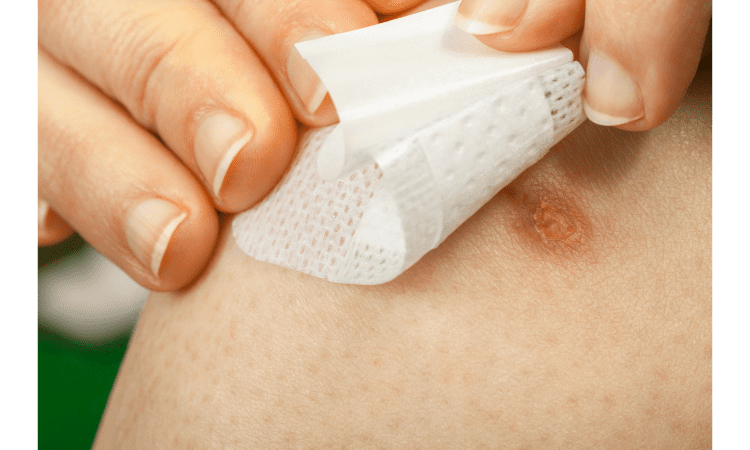 Black seed oil is also known to have anti-inflammatory properties, which make it good for healing wounds and reducing pain. Moreover, it has antioxidant properties that help in healing wounds faster. 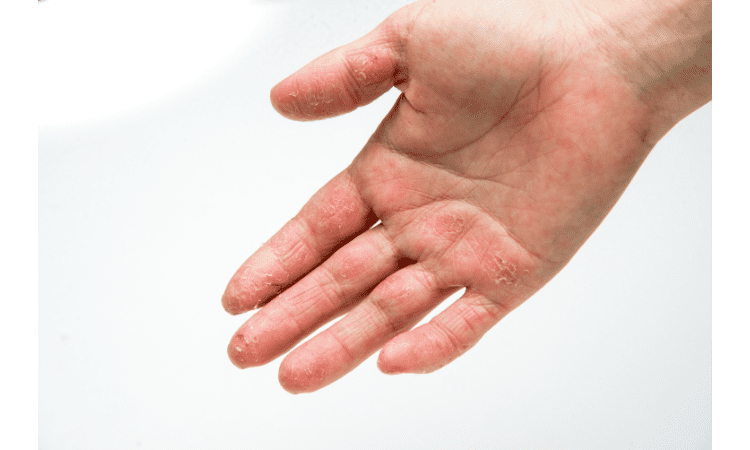 Black seed oil is a natural remedy for eczema. It helps in reducing redness and itching, as well as inflammation of the skin. It also helps in healing damaged skin, by promoting the growth of new cells. Black seed oil contains a number of nutrients such as omega-3 fatty acids which are essential for overall health and they can help you get rid of eczema effectively.

It is an anti-inflammatory and antibacterial agent that can treat derma related problems like eczema or psoriasis effectively by reducing inflammation and preventing bacterial infections from developing on your skin. 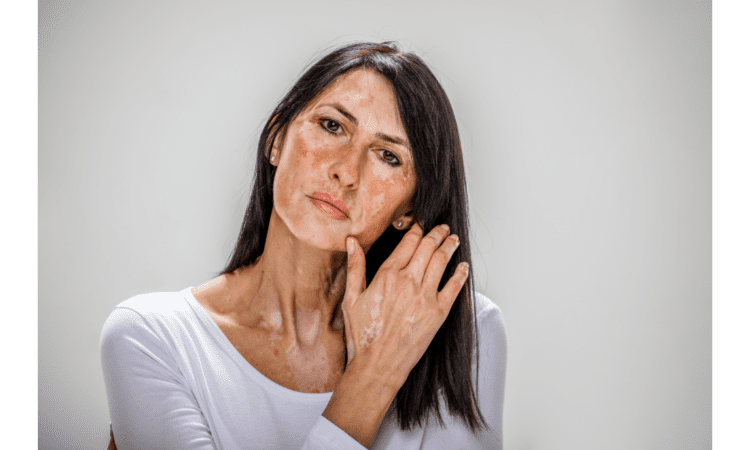 The benefits of black seed oil include its ability to help with vitiligo, a condition where the skin loses pigment. Vitiligo is caused by the immune system attacking cells that produce pigment and melanin in the skin. This oil has been shown to help reduce oxidative stress and inflammation in patients with vitiligo and may be effective at treating this condition. 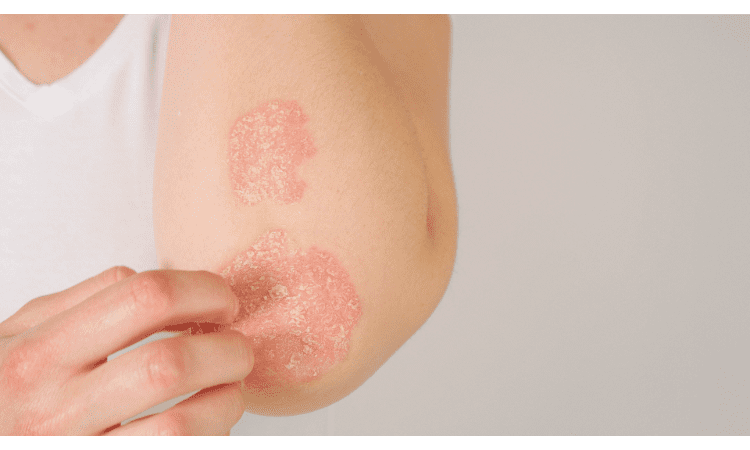 Psoriasis is a chronic derma condition that causes red, scaly patches on the skin. This condition can be quite painful and itchy. The black seed oil has anti-inflammatory properties which help in reducing pain and itchiness associated with psoriasis. It also has antibacterial properties that treat the inflammation caused by bacterial infections on the skin. It is also rich in omega-6 fatty acids, which have anti-inflammatory properties that suppress inflammation caused by psoriasis.

What are the side effects of Black Seed Oil?

Black seed oil is not for everyone. There are some side effects of black seed oil, and it can cause allergic reactions in people who are allergic to the plant. Black seed oil should not be taken if you have an allergy to black cumin seeds or any parts of the plant from which they come.

If you use black cumin seeds and then develop a rash or hives, stop taking them immediately and see your doctor immediately if you feel faint or dizzy after using them.

Black seed oil is popular in many countries around the world. It has been used for centuries as traditional medicine and today it’s still used as a nutritional supplement. Some people use black seed oil to treat various health conditions, including high blood pressure, diabetes, and even cancer. In this article, we will look at some of the benefits of black seed oil and why it has become so popular among people who want to improve their overall health.