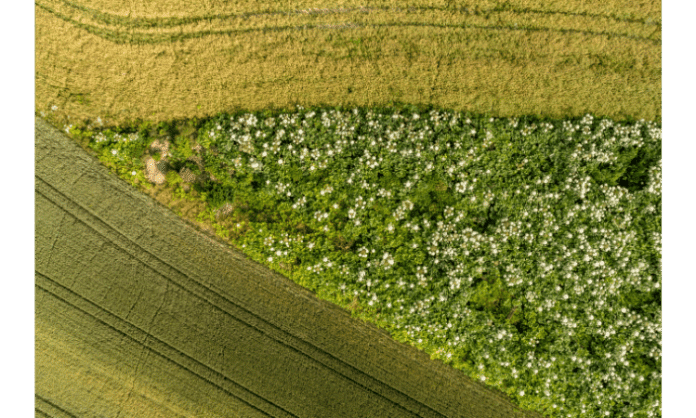 It’s not always easy to know what plants are dangerous and which ones are safe. That’s especially true when it comes to the everyday plants in your home, garden, or yard. In fact, some of the most common houseplants can be extremely toxic if ingested or even touched by children and pets. That’s why it’s important to learn which plants are unsafe for your family before you bring them into your home.

What are harmful plants? 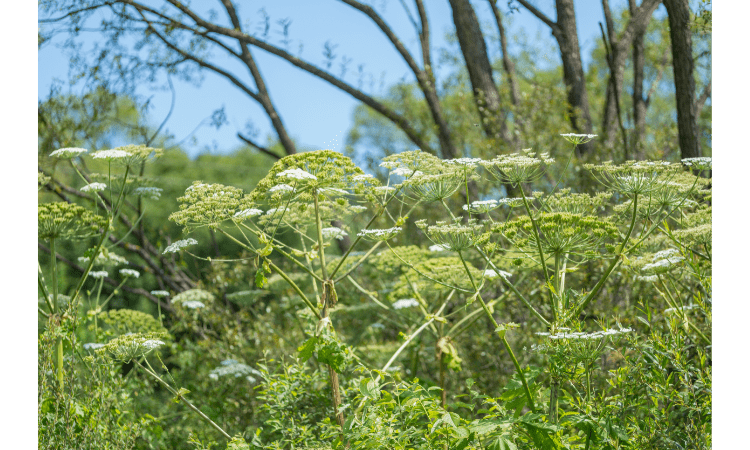 There is a wide range of plants that have the potential to be harmful. Some shrubs are toxic, causing skin irritation and breathing problems, whereas others may cause allergic reactions. Even some common houseplants can be harmful if ingested by pets.

Shrubs containing pollen or nectar can cause an allergic reaction in people who are sensitive to them. These allergies will usually appear as a skin rash or itchy eyes, but in some cases, the reaction can be more serious—in rare instances, it can lead to death from anaphylactic shock (a sudden and severe allergic reaction).

Pollen from cedar trees is known to cause asthma attacks in people who suffer from this condition and should therefore avoid being around them at all times.

How are these plants harmful?

The poisonous effects of each plant vary depending on the shrub, but all parts are poisonous. Some plants have toxic effects that happen right away, while others can take longer to cause poisoning symptoms. For example, some shrubs contain chemicals called alkaloids that can be absorbed through your skin and make you feel sick within minutes. Others don’t cause any immediate effects until they build up in your body over time—this is known as delayed toxicity or “cumulative poisoning.” 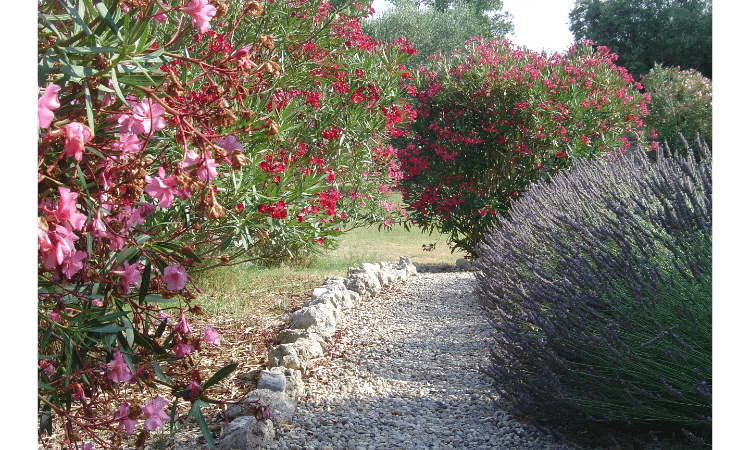 Oleander is a poisonous shrub that can cause severe illness or death if ingested. It is a common ornamental plant and is often planted in gardens, parks, and along roadsides.

The shrub contains calcium oxalate crystals (such as raphides), which are needle-like crystals that cause irritation to the digestive tract when ingested by mankind or animals. Ingestion of the sap from an oleander tree may result in serious skin irritation as well. 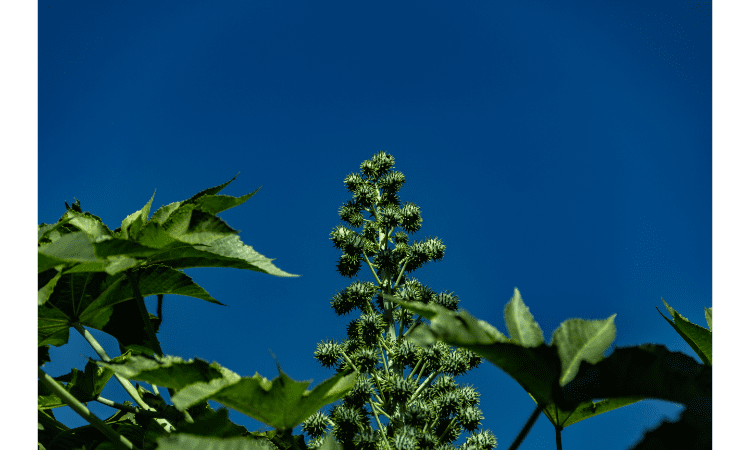 The castor bean plant is a deadly member of the bean family. It produces seeds that contain a powerful toxin called ricin. As little as one seed can be fatal if eaten or inhaled, and even touching the shrub can cause severe allergic reactions.

Castor bean plants grow all over the world, so you may find them in your backyard or local park. However, they aren’t easily identified because they look similar to common shrubs like tobacco and Queen Anne’s lace (dotted with white flowers). 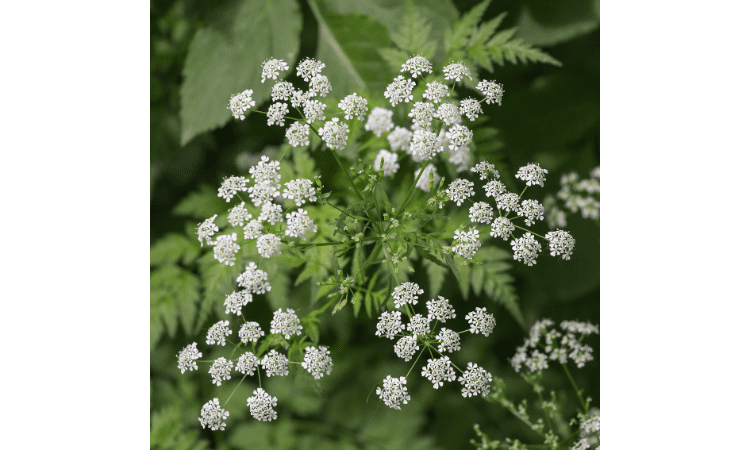 Poison hemlock is a poisonous shrub that can be found in the wild.

It is a biennial plant, growing up to two meters in height. The leaves of poison hemlock have a distinct lacy appearance and are hairy.

It contains coniine alkaloids which cause paralysis, respiratory failure, and death through respiratory paralysis. 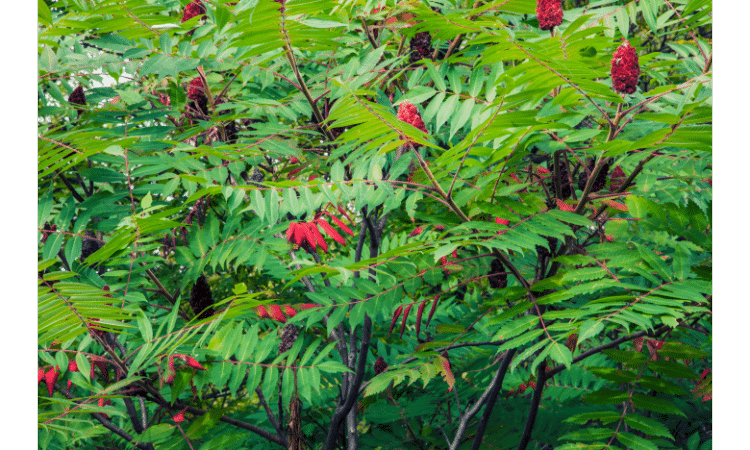 It is a shrub or small tree that grows in swamps and wet areas in eastern North America. It is also cultivated as an ornamental shrub.

Poison sumac has shiny leaves and white berries, which are attractive to birds and other wildlife. The berries can be toxic if eaten by humans, dogs, or cats. A person who comes into direct contact with poison sumac leaves may have skin irritation for up to two weeks after exposure. 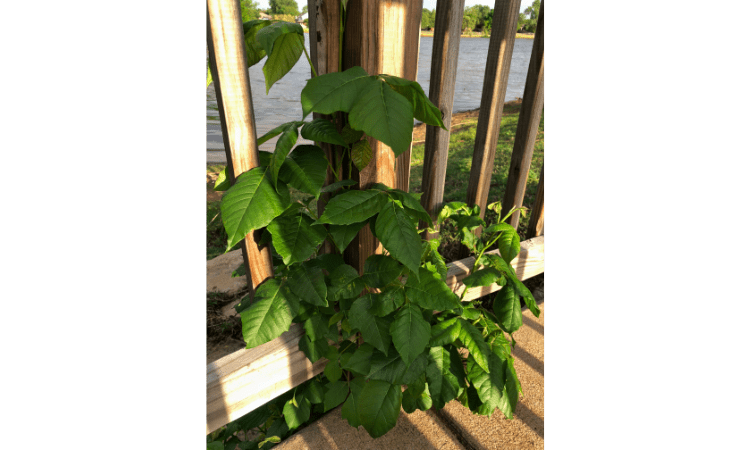 Poison ivy is a toxic plant that causes an itchy rash on the skin of those who come into contact with it. The leaves, stems, and roots of poison ivy contain an oil called urushiol, which causes an allergic reaction when it comes in contact with human skin. This oil can be transferred from the shrub to your skin by touching it or coming into contact with someone who has touched the plant and then touching you.

The most common way people get poison ivy is by brushing up against a bush while walking through woods or hiking trails. Although it’s possible to contract poison ivy from handling objects such as tools or gloves that may have come into contact with this toxic shrub during its growth phase, this method of infection is less common than coming in direct physical contact with the shrubs themselves. 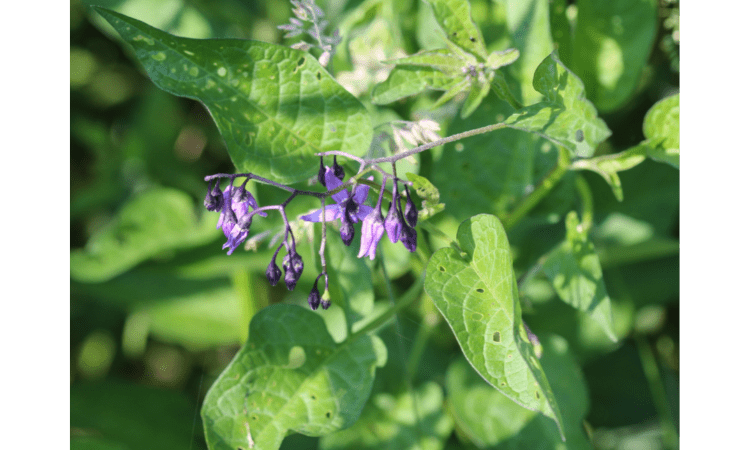 Bittersweet nightshade is a plant that can be found in the eastern United States and Canada. This perennial herbaceous plant has glossy, oval-shaped leaves that are green on top and silver underneath. Its stems are reddish-brown with purple blotches, and its flowers have five white petals arranged in a star shape around a yellow center.

When ingested by humans or animals, bittersweet nightshade contains toxins known as solanine alkaloids which cause gastrointestinal distress at low levels of exposure but headaches and confusion at higher doses. In fact, this plant earned its moniker from its toxicity: “Bittersweet” refers to the bitter taste of some parts of the plant when eaten raw; “nightshade” refers to its late blooming period (night). 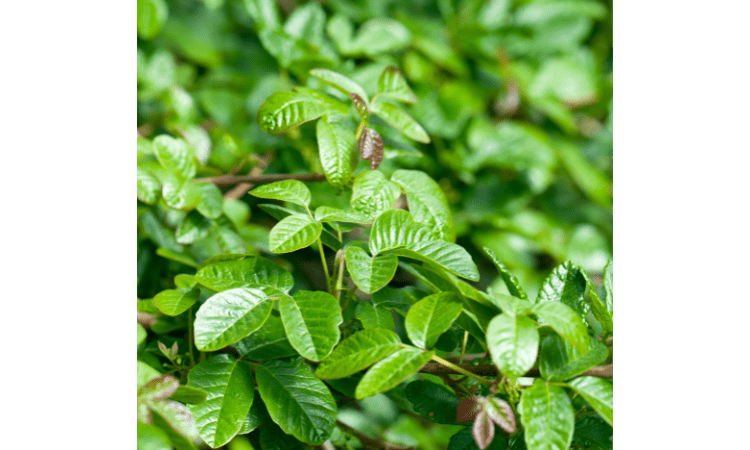 Poison oak, which can be found in the eastern United States and Canada, as well as other countries around the world, is a shrub that can cause skin irritation and allergic reactions. When exposed to poison oak, some people develop a rash that lasts up to two weeks. Symptoms include redness on your skin along with blistering or scaling of your skin. If you are allergic to poison ivy or oak, this could mean that you’ll get blisters from contact with either plant species. 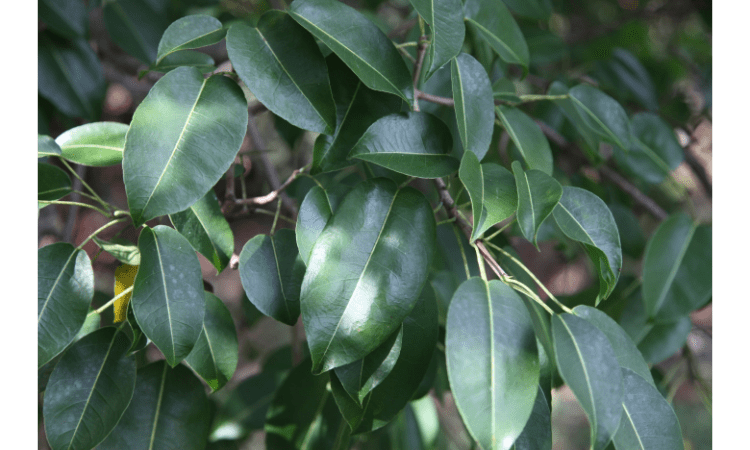 Manchineel trees are found in the Caribbean and Florida. The tree is also known as the “Devil’s Apple.” If you are unlucky enough to get its sap on your skin, it can cause severe blistering and burns that will not heal without medical intervention, as well as permanent blindness if eyes come into contact with the sap. The leaves of manchineel can also cause frostbite when they come into contact with skin or clothing. 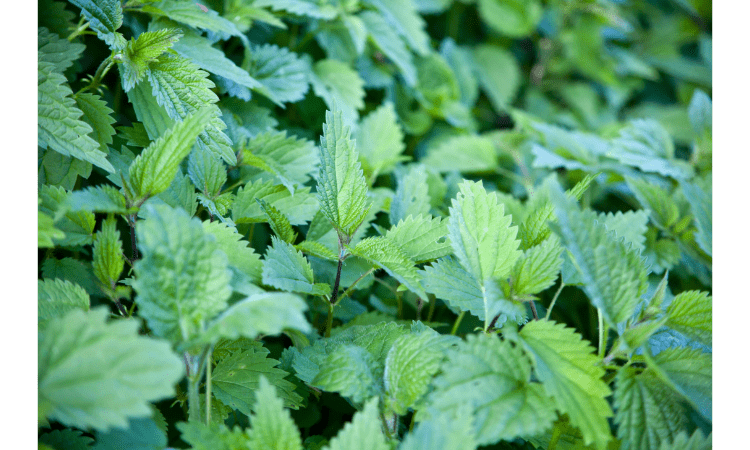 Stinging nettle is a plant that can be found in most parts of the world. It is a perennial plant that grows best in damp soil and is found in fields, roadsides, and waste places. The stinging hairs on the leaves can cause skin irritation, but they can also be used to make an effective remedy for arthritis pain.

If you want to harvest stinging nettle, make sure that you know what you are doing before attempting to do so. If you see any signs of fungus or mold on it then do not pick it as this means it has already been contaminated by disease and could make you ill if consumed raw or cooked incorrectly. 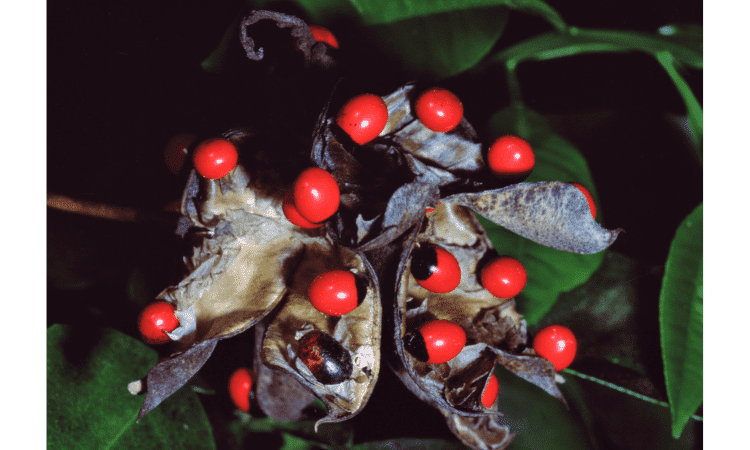 The Rosary pea is a climbing vine and is native to India. It resembles some other vines, but it can be identified by its heart-shaped leaves. The plant produces small, pea-like fruits that contain hard seeds coated with a toxic substance that causes skin irritation when touched. This can make the skin feel like it’s burning or stinging for hours after contact.

Rosary pea pods are also toxic, causing severe eye irritation if they get into your eyes.

It is crucial to be aware of the dangers of plants, especially if you or someone you know has a plant allergy. Some plants are safe for most people, but some can cause serious reactions in others. It’s also important to be aware of poisonous shrubs that affect humans. Allergic reactions can range from mild to severe and can even be life-threatening if left untreated – so it’s important that anyone with a known allergy knows which plants could cause problems for them.